EXCLUSIVE: Daniel Ricciardo opens up on the woes that drove him to see a shrink as the Australian admits McLaren car problems made him feel that ‘his confidence was being eaten away’

With his megawatt smile that has made him a sensation of Netflix’s runaway success Drive to Survive, Daniel Ricciardo is an unlikely candidate for the psychologist’s couch, but that is where he has been for most of these past two years.

Ahead of the Mexican Grand Prix, the 33-year-old opens up about the mental turmoil he has endured while bafflingly failing to find form at McLaren, where he has been dropped for 2023, and talks of how he now needs a break from the sport next year to ‘rebuild’ himself.

As his script would have it, the Australian would then return to racing in 2024. But there are no guarantees of that. Age, recent results and the relentlessly unforgiving churn of Formula One count against him. 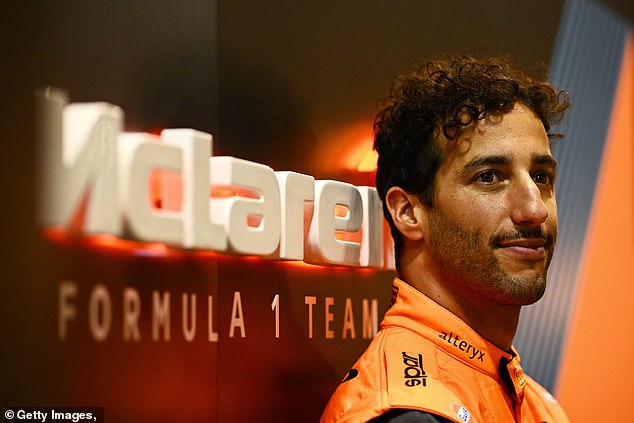 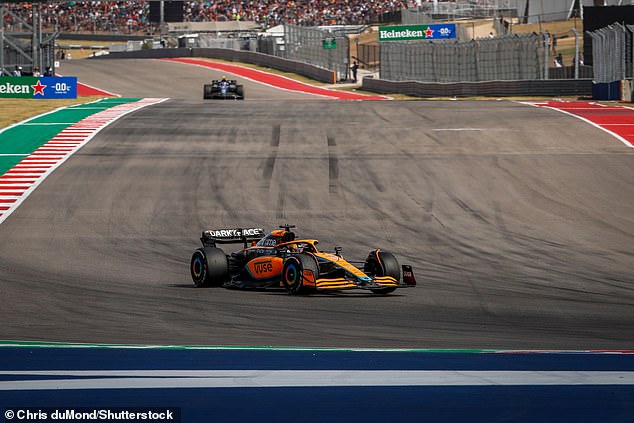 Sitting in the McLaren motorhome, putting on a fleece as protection from the cold gust of air conditioning, he says: ‘It is fair to say it was unexpected, given I was on a three-year deal that had a year to run.

‘It is not something you can prepare for. But I’d already had some honest discussions with Andreas (Seidl, team principal) and Zak (Brown, chief executive) earlier in the year to see what we could do to improve things.

‘It was a concern on both sides. I didn’t want to keep coming 14th or 15th. I kept the faith that something would click. But it hadn’t happened by mid-season and they took the decision they did. It put me in a tough position of thinking, “What next?”’

A severance package was agreed, with McLaren paying up a good measure of his contract, worth £15million a year. He will be replaced by fellow countryman Oscar Piastri, the F2 champion last year. 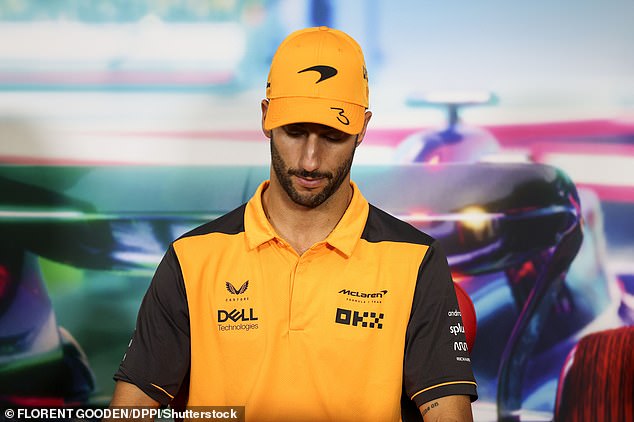 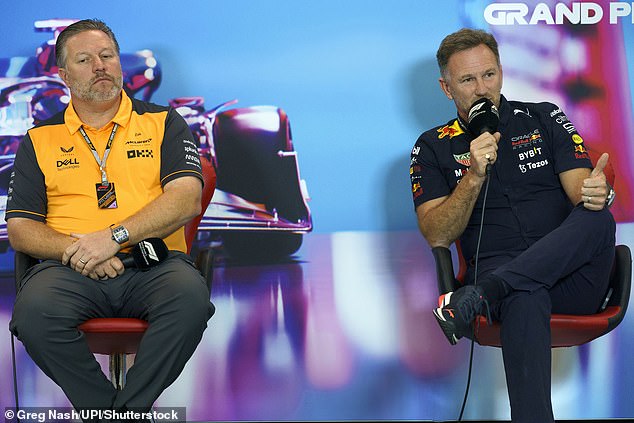 Pressure was building on Ricciardo for two years. He talks of a ‘failed mission’, but does not point fingers. Asked if he feels the team was skewed against him and in favour of team-mate Lando Norris, he dismisses the notion.

But with three races of the season remaining, Ricciardo lies 12th on 29 points compared to Norris in seventh on 109. That is a tellingly wider margin than the 45-points difference in 2021.

‘My confidence was being eaten away driving a car that wouldn’t dance with me and would bite back,’ says Ricciardo, whose brightest spot came with victory in Monza last year, the eighth of his career, most of which he spent at Red Bull, carving out a reputation as a clean and clever racer, before joining Renault en route to McLaren. 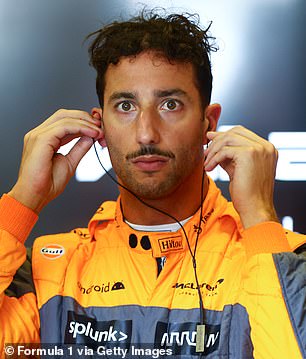 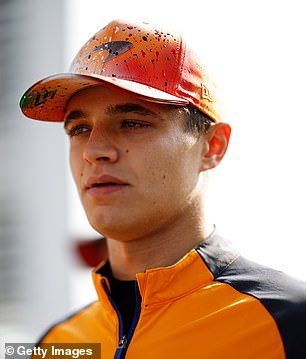 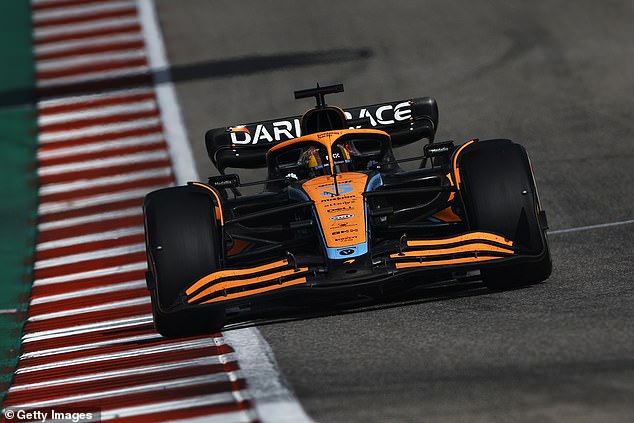 ‘Whenever we thought we would found a solution, along would come another set of challenges. When you put so much into something and it doesn’t work out there is sadness. It gets to you.

‘Last year it affected me a little bit too much. I wouldn’t be my usual bubbly self. I would be reluctant if someone said let’s go out for dinner. I would need some cajoling. I let it get to me.

‘I started to speak to a psychologist last year — the most challenging year I have had. Racing is very much results driven and dictates your Sunday happiness. I was neglecting friendships and thought it would be good to talk to someone to make sure the two sides of my life didn’t cross over.

‘It’s like all things, you need perspective. And with the calendar being so long, it was hard to remove yourself from what was happening in the racing.’ 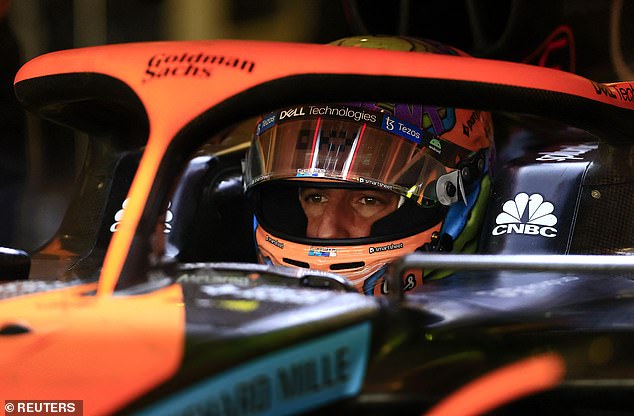 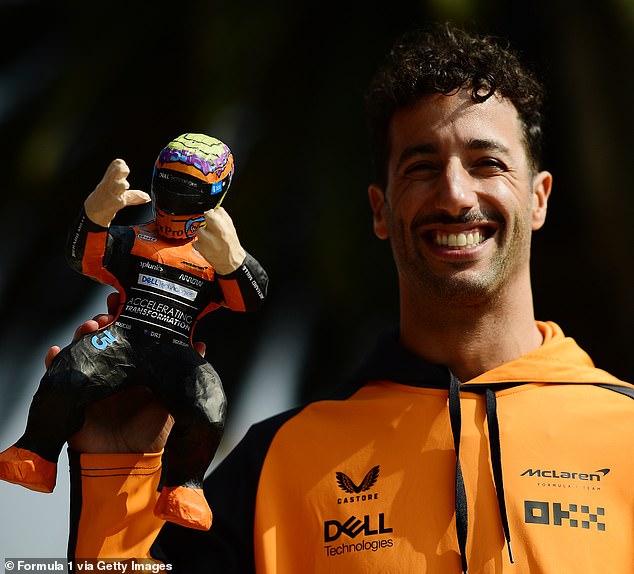 For 21 months, Covid rules prevented him from returning to Perth to see his parents, Joe and Grace, and other family members — a dislocation that did not help.

But he was supported by close friends, such as his performance coach Michael Italiano, a mate of 20 years, and Heidi Berger, his girlfriend of three. She is the daughter of renowned former Formula One driver Gerhard Berger.

‘Some of the older drivers were helpful when McLaren decided I was going and made kind comments privately or publicly,’ says Ricciardo. ‘Sebastian Vettel was outstanding. We had a lot of chats one-on-one. Lewis Hamilton was good, too.’

What next? There is no race seat he would want available. But Mercedes, for one, have shown interest in signing him as a reserve driver next year. TV punditry is another potential avenue. ESPN and Sky are possibilities. 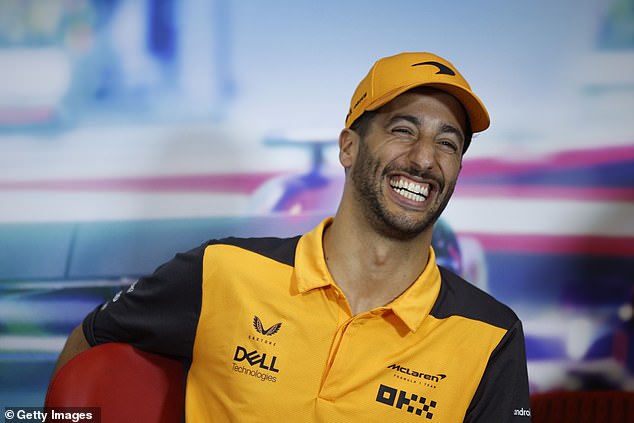 ‘It would be good to get next year sorted before the final race in Abu Dhabi,’ says Ricciardo. ‘There are still a few things in the air. But as time has gone on it has become clearer I do want a little distance from the sport, though I do want to stay in touch.

‘It’s about getting enough space to rebuild myself. I don’t want to get too deep, I am not on a voyage of self-discovery, but taking some time off, going on some journeys and adventures, will help.

‘I’ll learn to miss it and in the ideal world I would come back in 2024 with a spring in my step.’