Daniel Ricciardo is out of a job at the end of the Formula One season but it’s unlikely he’ll move from the race track to the octagon after a training session with UFC star Charles Oliveira.

The Australian has just two races left to complete before he leaves McLaren, with the team choosing to terminate his deal a year early amid a run of poor results throughout 2022.

Ricciardo, 33, has been strongly linked with a reserve driver position at Mercedes and Red Bull, with his options for a place on the grid limited, but he is yet to commit to a deal. 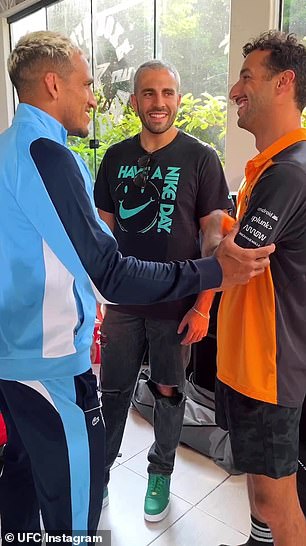 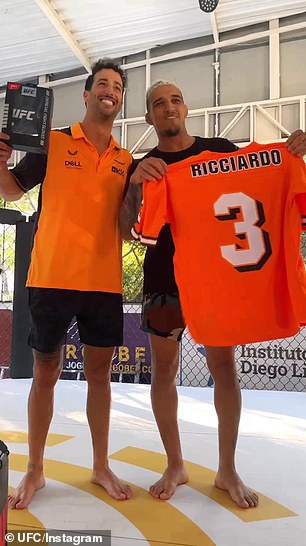 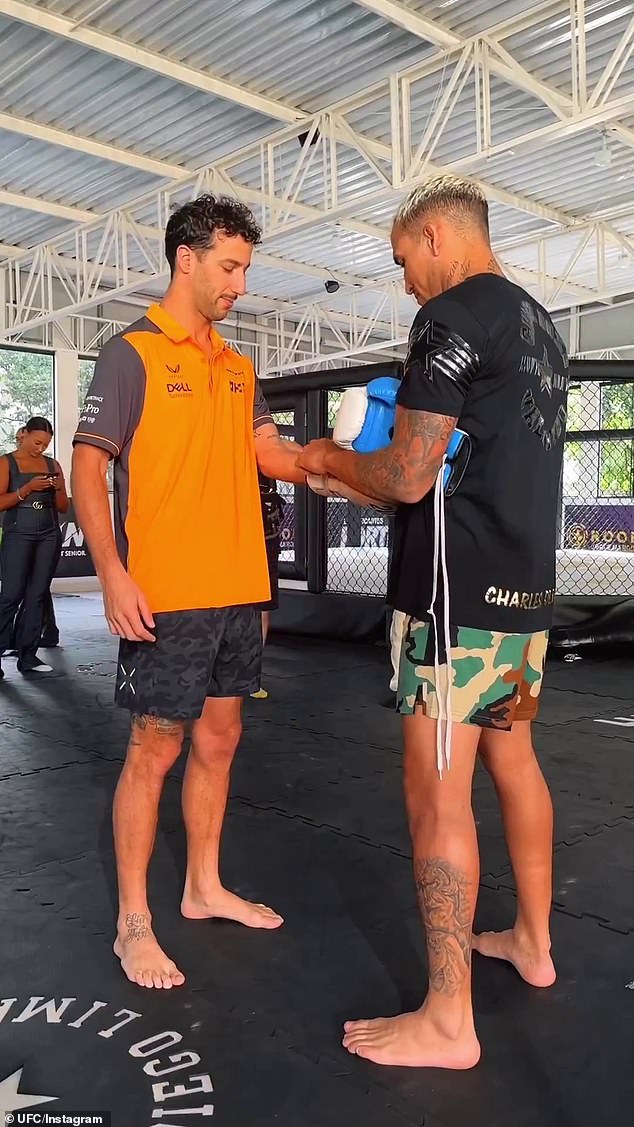 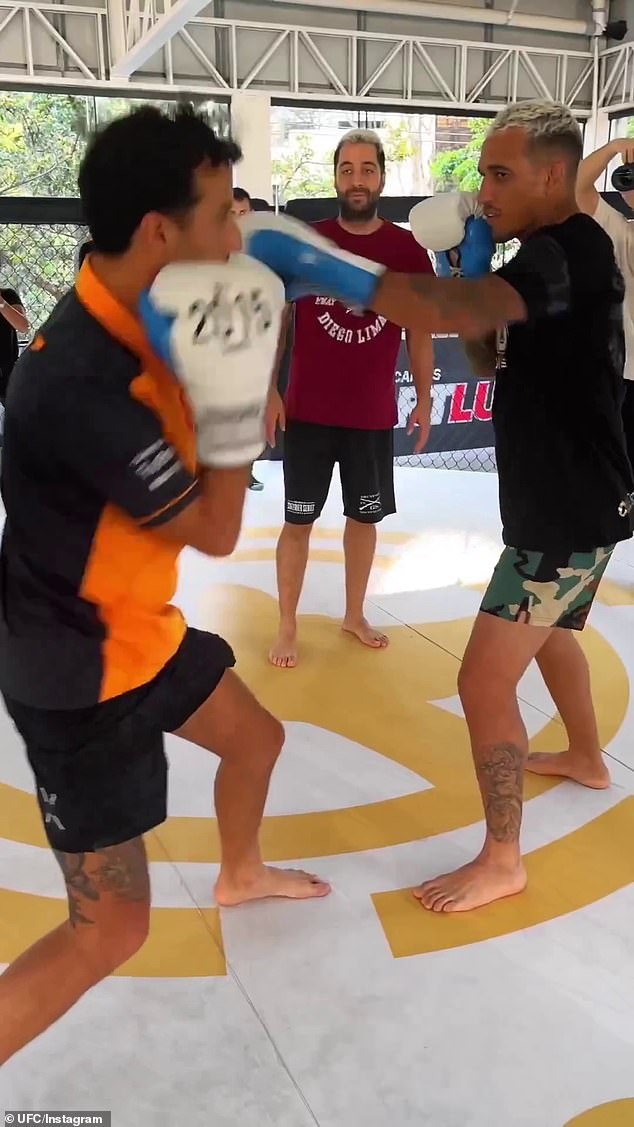 And he will know for sure that a career in mixed martial arts is not a possibility after a training session with former lightweight champion Oliveira.

Ricciardo met the jiu-jitsu specialist ahead of the Brazilian Grand Prix in Sao Paolo, visiting Oliveira’s gym before being handed a pair of gloves by the UFC star.

The Australian was seen doing some padwork and throwing kicks towards the Brazilian, before they posed for photos at the end of the session and exchanged gifts.

Oliveira was given an orange NFL-style jersey with ‘Ricciardo 3’ on the back, while the lightweight star returned a pair of UFC gloves. 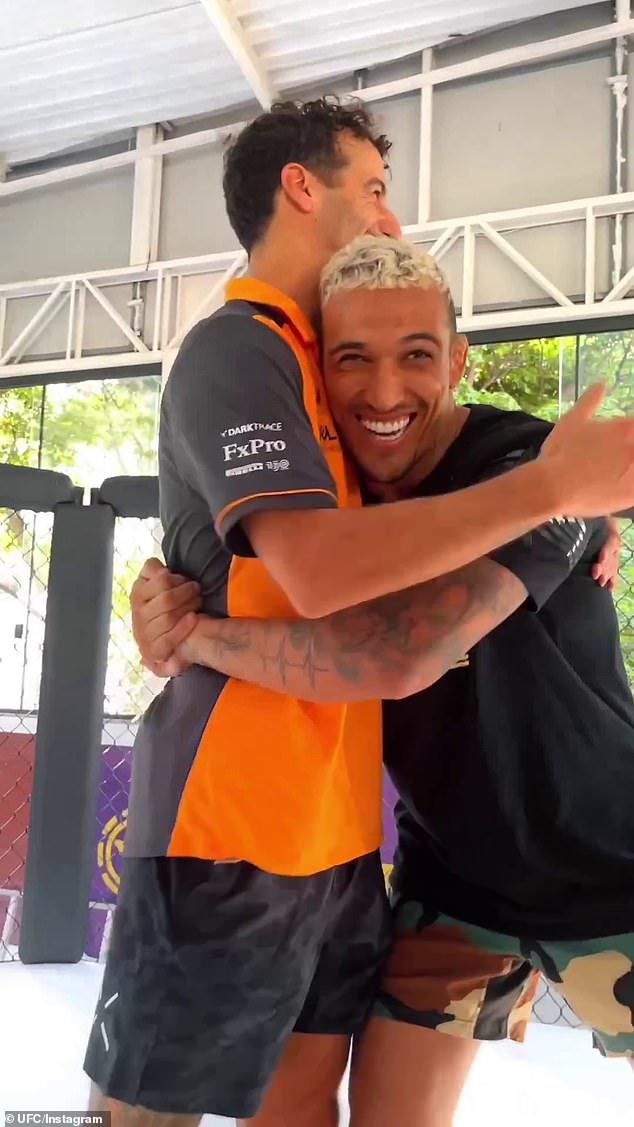 The Brazilian is licking his wounds after he suffered defeat by Islam Makhachev in their lightweight title fight at UFC 280 last month, in which the Dagestani submitted him in the second round.

As for Ricciardo, he was in good spirits after the meet-up, but joked that he won’t be fighting any time soon.

‘It was a privilege,’ he said. ‘Just for him to take the time to show me some drills and to come into that gym is really nice.

‘I’m not very good as a fighter! I love all sports but I respect mixed martial artists. For me they are at the top of all sports and it was really a pleasure.’