F1 will introduce sprint qualifying as a new format at three Grands Prix in 2021 after the teams reached agreement on a new Saturday sprint race to set the grid for Sunday’s feature Grand Prix.

The new format will be implemented in three Grands Prix in 2021, with the chosen events set to be announced in due course.

Under the new qualifying format, the drivers will race over a 100-kilometre distance on Saturday afternoons, with the results of that race setting the starting grid for Sunday’s full-length Grand Prix race.

The sprint race grid will be determined on Fridays, with qualifying sessions and Parc Ferme restrictions instituted a day earlier than standard Grand Prix weekends.

Drivers will also be given one-hour practice sessions on both Friday and Saturday mornings.

As well as determining the starting grid for Sunday’s Grand Prix, the Saturday sprint qualifying race will also carry championship points for the top three finishers.

The sprint race winner will receive three championship points, with second place earning two and third picking up one point. 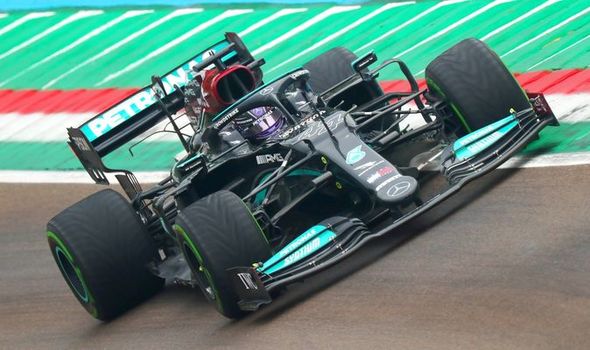 F1 Sprint Qualifying: How it works

The new format has been mooted for some time, with much debate over how F1 would implement the system.

And now the organisers have pulled the trigger on the idea, F1’s president and CEO Stefano Domenicali said he hopes fans will be thrilled by the additional on-track action the new format will bring to race weekends.

“We are excited by this new opportunity that will bring our fans an even more engaging race weekend in 2021,” he told Formula1.com.

“Seeing the drivers battling it out over three days will be an amazing experience and I am sure the drivers will relish the fight.

“I am delighted that all the teams supported this plan, and it is a testament to our united efforts to continue to engage our fans in new ways while ensuring we remain committed to the heritage and meritocracy of our sport.”

F1 managing director Ross Brawn hailed the changes, and said that he hopes the new format will help create special “Grand Slam” races during the season to stand out from the regular F1 schedule.

“The thing to remember about Sprint Qualifying is that it’s intention is to expand the whole weekend,” he told Formula1.com.

“It is not intended to impact the race event. The Grand Prix is still the vital event of the weekend.

“We want to give fans engagement throughout the whole weekend. Sunday’s Grand Prix is fantastic, and we don’t want to cannibalise that, but we want to lift up the engagement on a Friday and a Saturday.

“Friday is really for the aficionados at the moment. Watching practice sessions on Friday is fun but there is no conclusion to it. But on a Friday now we’ll have the excitement of the qualifying format.

“I think it will be a great addition. There is unlikely to be pit stops, so it’ll be a clean race. It’ll be 30 mins roughly, 100km of action.

“We want to see how fans engage with it and if the short format is appealing, it’s complimentary and if it works with the main race. We feel it will. We feel it’s going to be very exciting.”

Brawn admitted it was a challenge to come up with a format that didn’t detract from the main Grand Prix on a Sunday, while offering more on-track excitement for fans on the Saturday.

He also praised F1’s teams for being open-minded to the change and eventually signing up to the new format, which will be instituted at three rounds of the 2021 championship.

“They want this event, but they are all working under massive challenges and we had to find a solution that worked with them without compromising the event,” he explained.

“The drivers are open minded about the format – and that’s all we ask, that the drivers keep an open mind so we can evaluate this event and then we decide if in the future it forms a feature of the F1 season. If it doesn’t work, we put hands up and we will think again.”