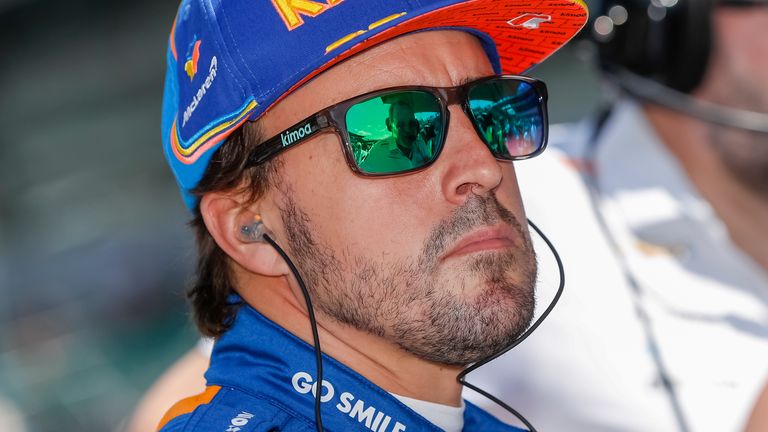 Fernando Alonso has signed to race for McLaren in May’s Indianapolis 500 as he makes a third attempt to win the showpiece race and complete motorsport’s triple crown.

The double F1 world champion will drive in a third car for the new Arrow McLaren SP team at the Brickyard, joining the outfit’s full-time pairing of Patricio O’Ward and Oliver Askew.

Speaking in a exclusive Sky Sports and NBC Sports joint interview from New York, Alonso said: “It’s one of the most iconic races in the motorsport calendar and I’m extremely happy to be in the month of May again.

“Last year we had some issues and it was not the race we were expecting but this year we go again with the aim to do well and to win the race.”

The Spaniard added: “Once you experience the Indy 500 it will remain always in your heart. The fans are amazing, the show is unbelievable and the race itself you know why it’s one of the greatest in the calendar.”

The Indy 500 is live on Sky Sports F1 on Sunday, May 24. The full IndyCar season is also live on the channel. 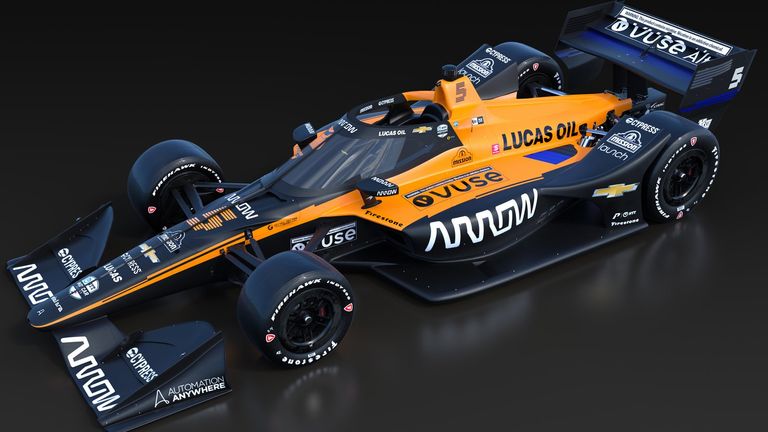 McLaren are returning to IndyCar full-time for the first time since 1979 this year, joining forces with what was Arrow Schmidt Peterson, and launched their new papaya-liveried challenger earlier this month.

Alonso, who drove for McLaren’s F1 team across two stints, entered the Indy event alongside the Woking outfit in 2017 and 2019.

On his 2017 debut in partnership with Andretti Autosport, Alonso qualified fifth and led the race for 27 laps before his car retired. But his return in 2019 with a standalone McLaren entry did not go to plan and the car failed to qualify.

Confirming he did hold talks with Andretti before signing again with McLaren for 2020, Alonso said: “I said already last year I wanted to explore more options. I’ve been talking with Andretti Autosport as well as some other teams. Especially Andretti and McLaren are the ones that I feel in my heart and have been always like my family, from 2017 with Andretti. “At the end, I think it was the natural choice for me to go with McLaren, especially after last year, and I think we give to the fans something back after the disappointment of last year.”

Since stepping away from F1 at the end of 2018, Alonso has competed in numerous motorsport disciplines. He won the Le Mans 24 Hours for a second time and clinched the World Endurance Championship last summer, before competing in the Dakar Rally at the start of this year.

But with the triple crown representing unfinished business, Alonso declared: “The Indy 500 is probably the biggest priority for me right now.”