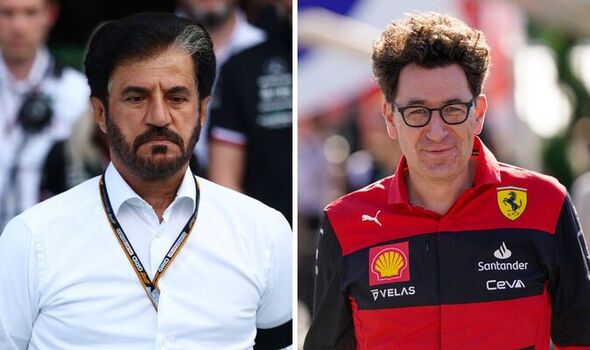 Ferrari team boss Mattia Binotto doesn’t want to see the FIA brush off any breach of last year’s budget cap, even if teams are found guilty of a “minor” trangression. F1 has been rocked this past week over accusations that Red Bull and Aston Martin both overspent on last year’s £114million ($145m) budget cap.

Both Red Bull and Aston Martin have vehemently denied the accusations, but rival teams are keen to see severe punishments if the reports are true. All questions will be answered on Wednesday when the FIA publishes the findings of their audit into last year’s finances.

Any punishment – if any are necessary – would seemingly be split into two categories with any transgression being ruled as a “minor overspend” or a “material overspend”. It’s now been suggested that claims of Red Bull spending around £10m over the cost cap are wide of the mark, but that figure could still be around £4m.

That would seemingly classify as a “minor overspend”, which would likely result in a lesser punishment. But Binotto has given his thoughts on just how serious even a small breach of the budget cap could be going forward. 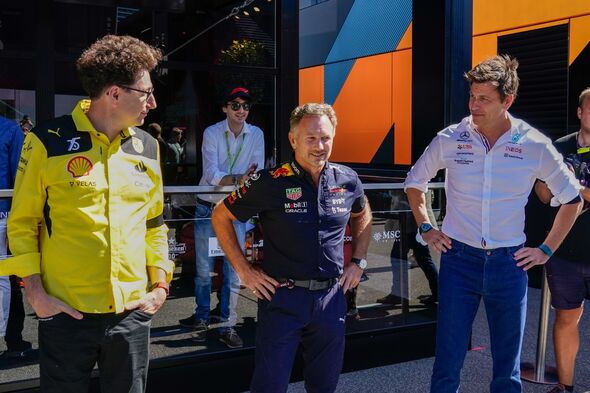 “It’s definitely a shame that we are talking about it in October of the following season, because at this point, apart from implications on last year’s championship, there are also implications for the current one,” he told Sky Italia. “Let’s wait until Wednesday before making a judgement but, whatever amount we are talking about, it’s important to understand that even if it is four million, which falls into the category of what is considered a minor breach, four million is not minor.

“For us, four million represents the development parts for an entire season. Four million means 70 people in a technical department who can come up with and produce solutions that could be worth up to half a second a lap.

“So even if we are looking at something considered a minor breach it’s not peanuts.” He added: “We are talking of half a second and that advantage is carried forward into subsequent seasons, because while it began in 2021, it still gives a competitive advantage in 2022 and 2023, so this is clearly an important matter.

“It puts the credibility in general at stake. I hope that everyone has dealt with this exercise correctly, because otherwise it will be a very big problem to manage.” Binotto’s comments appear to echo remarks made by Toto Wolff, who stated any budget cap breach would have a knock-on effect for years to come.

He said: “The crucial part is that if you’ve been over in ’21 then you’ll be over in ’22 and you’ll have an advantage for ’23. If it’s true they’ve homologated a lightweight chassis this year then they may use it next year. It’s a cascade of events that can be influential in all three championships.”