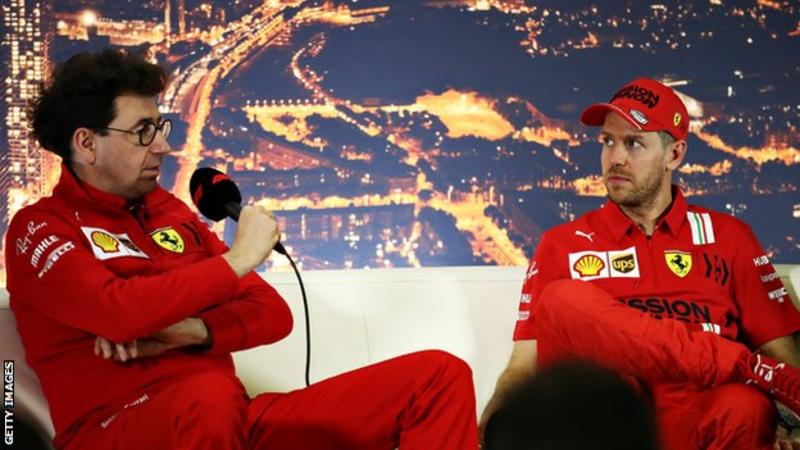 “We believe we are not the fastest car at the moment and we believe in lap times we will behind at the start of the season,” Binotto said on Wednesday.

Binotto said Mercedes had so far been “very impressive”, adding: “They remain the best team so far.”

The fastest time on Wednesday was set by Alfa Romeo reserve Robert Kubica.

Headline lap times in pre-season testing are notoriously unreliable indicators of actual form as it is impossible to know the specifications in which teams are running their cars and variables such as fuel loads and engine mapping can make significant differences to speed.

Binotto said he had been impressed by the ease with which Mercedes had achieved their lap times in last week’s first test and said Ferrari had work to do to catch up.

“We know exactly where we want to go and what are our objectives,” he said. “We are very focused. Winter testing may not show the right level of performance and it is very early days to judge. The season is very long.”

Binotto said Ferrari had succeeded in creating more downforce from this year’s car, after a lack of aerodynamic grip was a weakness last season, but that the car still had a weakness in slow-speed corners.

“The car of this season is faster in the corners and slower on the straights, which was an objective when we designed this car” he said.

“Last season we were too slow in the corners so we tried to put as much downforce as we could in the car to be as fast as possible in the corners, but now we are paying off a bit on the straights.

“And in terms of overall balance, in slow-speed corners there is something we need to improve.”

Ferrari driver Sebastian Vettel added: “We would like to be in a stronger position now but the season is very long. The car is a step forward and we know we can improve it so time will tell.” 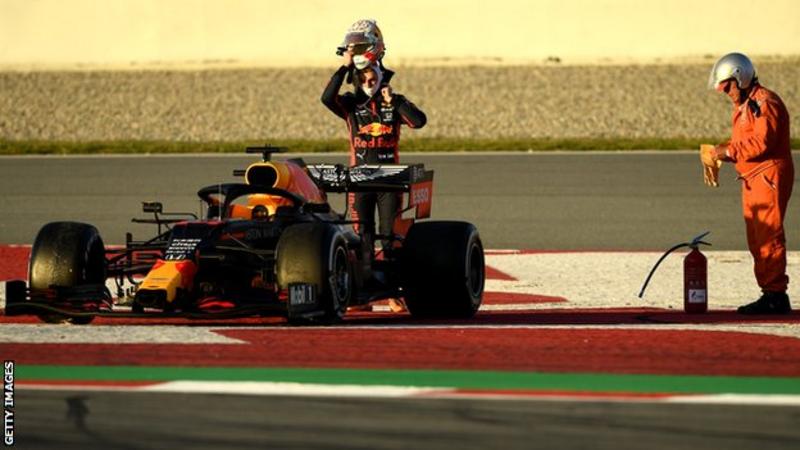 Vettel and Red Bull’s Max Verstappen both had spins without damaging their cars, Vettel at Turn Eight in the morning session and Verstappen at Turn 10 late in the afternoon.

Elsewhere, the new Racing Point continued to attract attention from other teams because of its pace – Sergio Perez was third fastest, just behind the Red Bull of Max Verstappen, both on the medium tyre – and its likeness to last year’s Mercedes.

The team have admitted they have copied last year’s Mercedes car, saying that they believed they needed to change their approach because their previous design was not showing sufficient capacity for development.

But Renault executive director Marcin Budkowski said he believed they approach was “a slightly concerning evolution for the sport”.

He added: “It’s a trend that started a few seasons ago and it is a new chapter in that trend.

“It will be for the FIA to decide whether it’s fully compliant or not.