Lewis Hamilton will face an uphill battle to secure a podium finish at today’s French Grand Prix, with Mercedes still considerably slower than the likes of Ferrari and Red Bull in spite of their best efforts to fix their early-season problems. Charles Leclerc will lead Max Verstappen off the line when the five red lights go out, while Sergio Perez and Carlos Sainz will be hoping to climb up the order to challenge for a welcome haul of points over the course of the 53-lap contest.

It could be another frustrating afternoon for Mercedes, though, with the Silver Arrows finishing almost a second off the pace of the leaders in Saturday’s qualifying session. Hamilton has already written off his chances of securing a surprise victory in France by insisting that Ferrari and Red Bull are simply in a league of their own as things stand.

“There is nothing I can do in my power to change that,” said Hamilton. “Everyone is working as hard as they can. Each weekend we come with little upgrades but sometimes it doesn’t make a difference.

“That is difficult for everyone. Where I am focused on is trying to understand this car more and working closely on telling the team the bits I do want on the car next year and the bits I don’t.

“We are further back than I thought we would be. I was hoping at the next race in Budapest we could close a couple of tenths and be in the fight, though if it is anything like this, it is going to be a while before we win, but it is not impossible.” 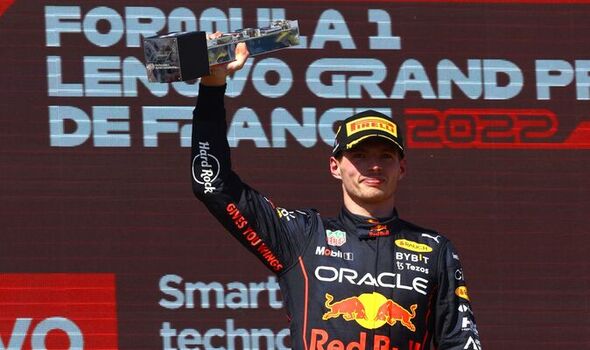 Charles Leclerc produced a stunning lap at the end of Q3 to secure yet another pole position for Ferrari in yesterday’s qualifying session.

The Monegasque driver pipped Max Verstappen by a margin of three-tenths and was helped in part by a lengthy tow from Carlos Sainz, who will start today’s race from the back of the grid after picking up an engine penalty earlier this weekend.

Lewis Hamilton managed to get his Mercedes car up into fourth with a near-perfect lap but was still almost a second off the pace of the leaders, with the 37-year-old still struggling to challenge at the very front in spite of his team’s best efforts.

He will line up on the second row of the grid ahead of Lando Norris, who was able to qualify ahead of sixth-placed George Russell with a hugely impressive effort in the final minutes of the session.

Catch up on the full story here.

Charles Leclerc will line up on pole position after going fastest in qualifying but will be sternly tested by Max Verstappen, with Red Bull seemingly quicker than Ferrari over long runs as opposed to one-lap pace.

Lewis Hamilton, meanwhile, starts in fourth but will have a mammoth task on his hands to secure a podium finish over the course of this afternoon’s 53-lap contest.

We’re just an hour away from lights out and will be keeping you up to date with all the on-track action as it unfolds.