George Russell has been confirmed as Lewis Hamilton’s new teammate at Mercedes.

The much-anticipated announcement comes after Valtteri Bottas sealed a move to Alfa Romeo for 2022.

The 23-year-old earns the move to the Silver Arrows after three impressive campaigns with Williams.

Commenting on his blockbuster transfer, Russell said: “It’s a special day for me personally and professionally. I’d be lying if I said I wasn’t absolutely buzzing. It’s a huge opportunity and one I want to grab with both hands.

“But I’m under no illusions as to the scale of the challenge; it’s going to be a steep learning curve. I want to do my new teammates proud. Of course, one of those new team-mates is in my opinion the greatest driver of all time.

“I’ve looked up to Lewis since I was in go-karts and the opportunity to learn from someone who has become a role model both on and off track can only benefit me as a driver, a professional, and a human being.”

Mercedes junior driver Russell’s transfer to take up the hottest seat in Formula One comes after three strong seasons with Williams, and a hugely impressive stand-in display for a Covid-hit Hamilton in Bahrain last December.

Russell, from King’s Lynn, also produced a memorable qualifying lap to put his uncompetitive Williams on the front row of the grid for last month’s Belgian Grand Prix, duly taking second following the two-lap race run behind the safety car. 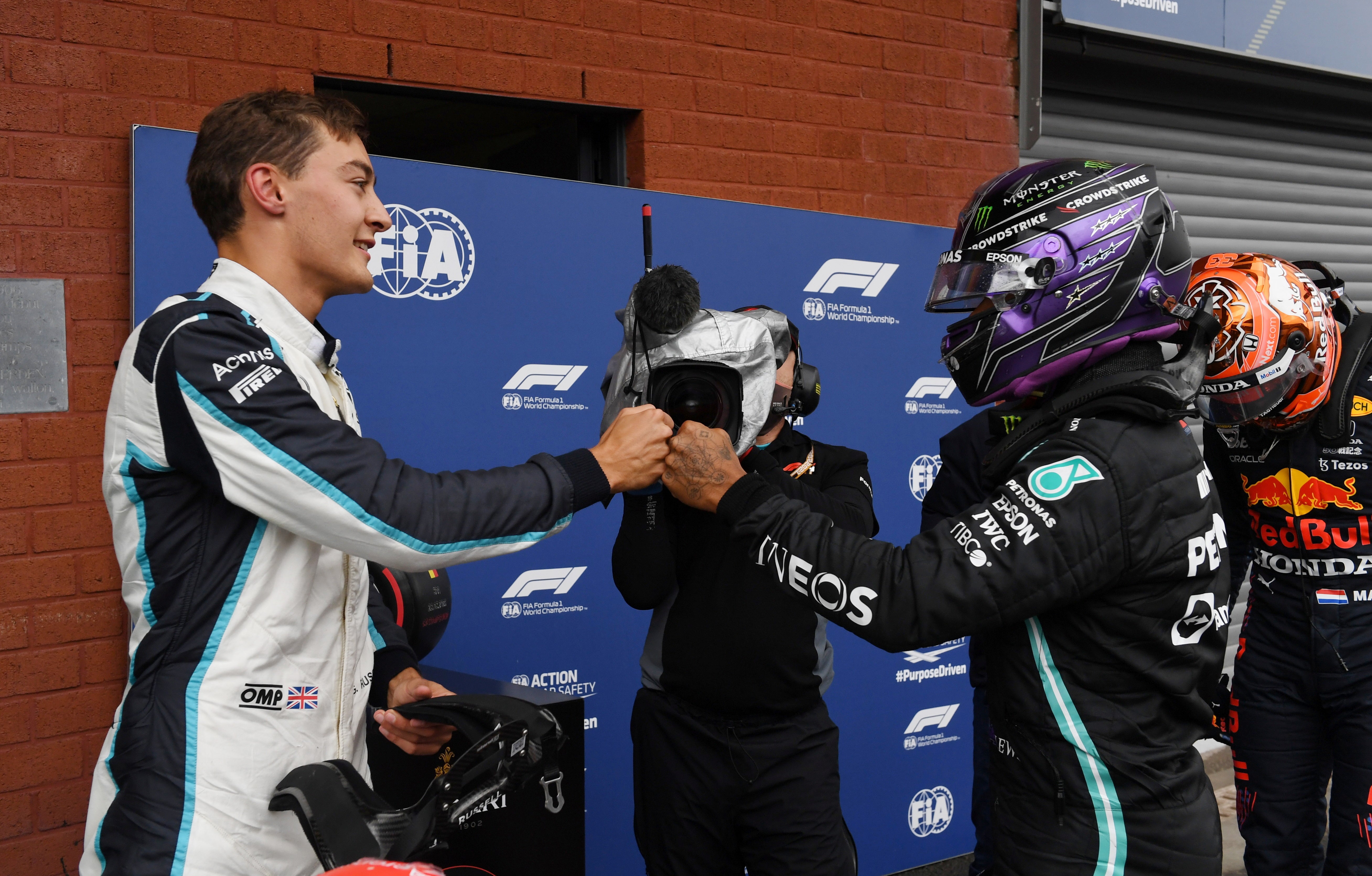 George Russell will team with Lewis Hamilton next season

Mercedes team principal Toto Wolff said: “We are very happy to confirm that George will have the opportunity to take the next step in his career.

“He has been a winner in every racing category – and the past three seasons with Williams have given us a taste of what the future could hold for him in F1. Now, it is our challenge together to help him continue learning within our environment and alongside Lewis, the greatest F1 driver of all time.

“I am confident that as their relationship grows, they will form a strong team and deliver for Mercedes on and off the track in the years ahead. It’s a weight off our shoulders to have our plans for 2022 clear and announced.”