George Russell has admitted he was surprised at Ferrari’s pace at the Italian Grand Prix as Charles Leclerc eased to P2 behind Max Verstappen. After qualifying, Russell had claimed Mercedes could challenge Leclerc in the race but the Mercedes star was unable to stay with the Monegasque on race day.

Leclerc pulled away from Russell at the start and used his speed to build up a healthy advantage. Although the Ferrari driver was unable to fend off the Red Bull of Verstappen, Leclerc was still 15 seconds ahead of Russell when a late safety car was called.

Speaking after the race, Russell said: “I’m satisfied with the result, not satisfied with the performance no doubt. Strange weekend; we started off on a really strong foot in FP1, the car was feeling great, pace was strong, and it just went away from us, and we don’t really know why that was.

“So, it was a pretty long, lonely race, the pace wasn’t good; it wasn’t the most enjoyable one for sure. It definitely wasn’t our strongest race of the season by far, but I think the biggest thing was the pace of Ferrari surprised us. 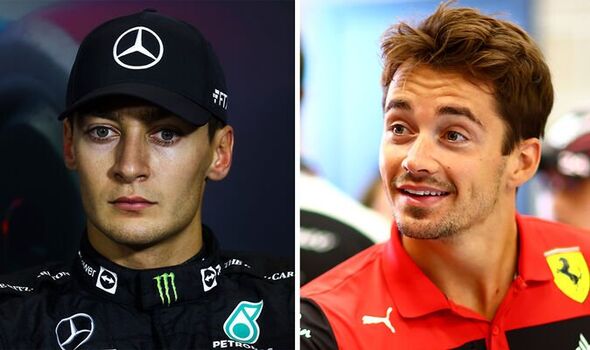 “We expected Max and the Red Bulls to be competitive and exactly how they were this weekend and how they were at Spa, but Ferrari caught us by surprise so that is why we couldn’t really fight for that P2.” Russell has now scored four podiums in the last five races as he keeps up his amazing consistency.

The former Williams gem has finished in the top five at every race where he has reached the chequered flag. P3 in Monza also helped him extend his championship lead over team-mate Lewis Hamilton.

The seven-time champion could only fight back to P5 after being forced to the back of the grid for taking on new engine components. 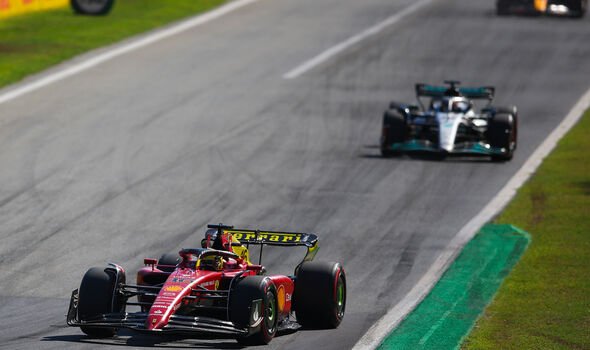 Mercedes have now stressed they will be targeting second in the constructors’ championship for the remainder of the year. The team lies just 35 points behind the Prancing Horse after a series of mechanical failures and strategy mistakes hindered the Italian squad’s title bid.

Trackside engineering director, Andrew Shovlin said: “Triple headers are never easy for the team and this one has been particularly tough, but we hope to perform better in the closing races.

“The battle with Ferrari for second place gives us a good goal to work towards in the final part of the season, so we’ll be using the next two weeks to prepare as it’s going to be a tough finish with six races in eight weeks.”