Helmut Marko has taken a swipe at Toto Wolff, Lewis Hamilton and George Russell over their calls for rule changes due to porpoising issues. The Red Bull boss warned Mercedes that their push for rule changes to combat their bouncing issues has “backfired” for the team as the FIA have only issued a technical directive demanding teams not to run their cars low to the ground.

Marko also said rule changes were only to suit “one team” who should just “sort out” their own issues. Mercedes boss Wolff appeared to call for changes ahead of the Azerbaijan Grand Prix as he stressed drivers saw porpoising as a “real issue”.

However, the FIA’s short-term fix is to impose an oscillation metric to stop teams running cars too low to the ground., This will, in theory, hurt Mercedes who have had to run their car low to the ground this season to stay competitive.

When asked if Mercedes’ plan had gone against them, Marko told Motorsport.com: “Exactly. “In German we say: ‘der Schuss ging nach hinten los’. So it basically backfired for Mercedes.” His comments come after Red Bull appeared angered at the FIA’s technical directive in Montreal. 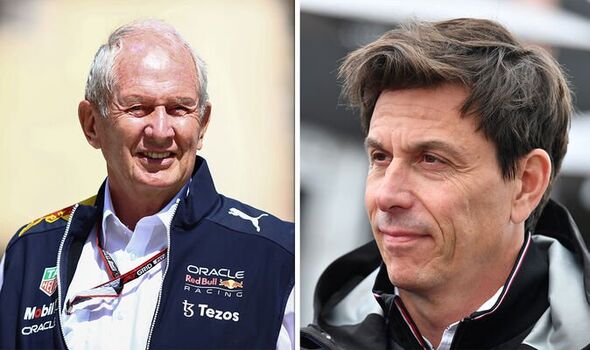 Team principal Christian Horner said changing the rules for one team was “unfair”. Ahead of the race in Canada, Horner also attacked the FIA for introducing the rules without a proper consultation process.

He also warned the rule could be hard to police which may make it difficult to stop teams running their cars too low. Red Bull star Max Verstappen also hit back at the changes in the drivers’ briefing on Friday, claiming mid-season rule changes were not correct.

Marko has thrown his support behind his driver and team principal, calling for the FIA not to get involved in the porpoising debate. 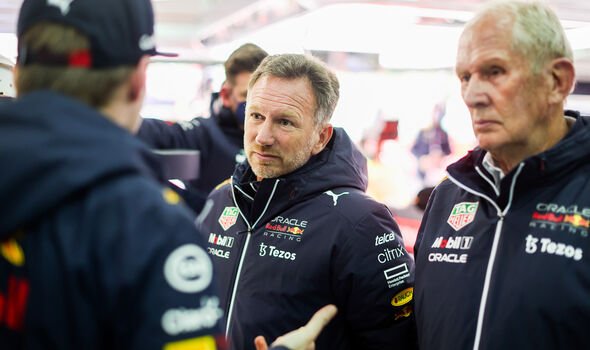 He added: “I fully agree with Max [Verstappen], it is not correct to change something like this during the season.

“It can’t be the FIA who is making our set-ups. Changing the ride height means changing the set-up and the FIA can’t do that. My next point is that all of this is the result of one team having problems.

“That team should just sort out their own problems and not affect the other teams.”