Lewis Hamilton will be aiming to climb up the order from sixth on the grid to secure an impressive result at this year’s Japanese Grand Prix, where Max Verstappen has the chance to finally clinch the Drivers’ Championship title after dominating for much of the campaign. The Dutchman starts from pole position and will need to outscore Charles Leclerc by eight points and Sergio Perez by six points in order to rubber-stamp the honours today, but he is likely to be pushed all the way to the chequered flag over the course of the 53-lap contest at Suzuka.

It seems unlikely that Hamilton will be challenging for victory in Japan if the weather is kind due to Mercedes’ lack of pace in dry conditions but the 37-year-old, along with team-mate George Russell, will be doing everything in his power to upset the odds as he chases his first Grand Prix win of the year. He will not be watched from the Mercedes garage by team principal Toto Wolff, though, with the 50-year-old missing his first race since 2019 after leading calls for Red Bull to be punished by the FIA over an alleged breach of last season’s budget cap.

The result of an investigation into the financial data of all teams was initially supposed to be revealed on Wednesday but was pushed back shortly before the scheduled announcement time as the FIA continues to work on resolving the situation behind closed doors. Wolff confirmed on Friday night that he was not intending to travel to Suzuka and cited the the sport’s demanding schedule as one of the factors in his decision to skip the race.

“We need to find a solution, and I think the race team will skip a few races every year in order to survive,” he told the Press Association. “There are a few individuals that can take over some of my tasks.

“Not physically being at the race meeting doesn’t mean that I am not at the race. I have a full intercom setup, there is a race support room at the factory, and I will be part of every single debriefing. I just won’t be there physically.” 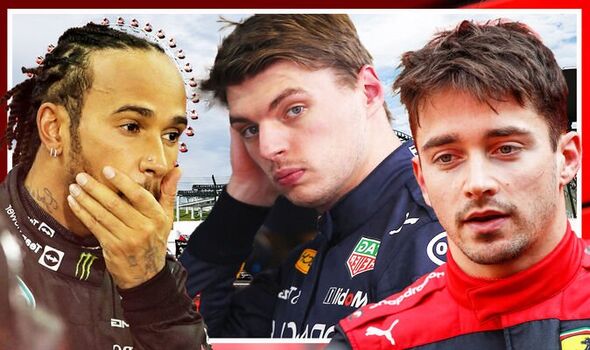 Hello and welcome to Express Sport‘s live coverage of this year’s Japanese Grand Prix from the historic Suzuka circuit.

Max Verstappen starts from pole today and will be hoping to finally wrap up this year’s Drivers’ Championship title by taking the chequered flag and the fastest lap at the end of the 53-lap contest.

He will need to outscore Charles Leclerc by eight points and Sergio Perez by six points in order to clinch the end-of-season honours, but is likely to face a tough battle to stay ahead of the pack over the course of the race.

Both Ferrari drivers will be hot on his heels when the five red lights go out, while Perez or even the Mercedes duo of Lewis Hamilton and George Russell will be aiming to climb up the order and disrupt Verstappen’s plan as much as possible.

We’re just one hour away from lights out in Japan and will be providing live updates throughout the day’s running, so grab a coffee and stay tuned!