Charles Leclerc faces a 10-place grid penalty here at Montreal or at Silverstone in a fortnight, after Ferrari confirmed his failed power unit from Azerbaijan last weekend cannot be repaired.

The Monegasque was forced into retirement in Baku while leading, his third DNF of a fast but frustrating season. He is now 34 points behind championship leader Max Verstappen — an 80-point swing in five races.

Hinting at further gloom, Leclerc said: ‘Obviously we’re not in the best situation possible. As for the power unit change, discussions are ongoing on where to do it.’ 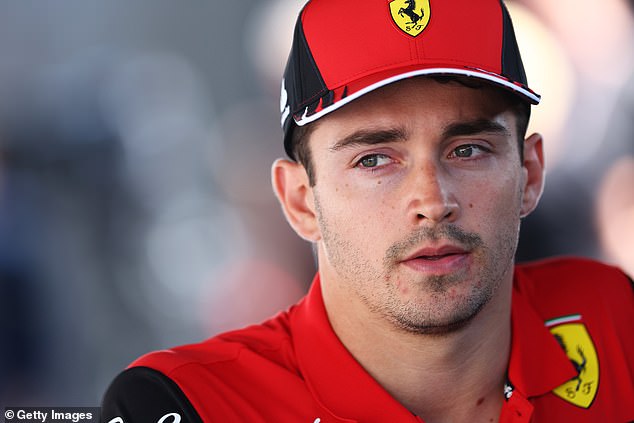 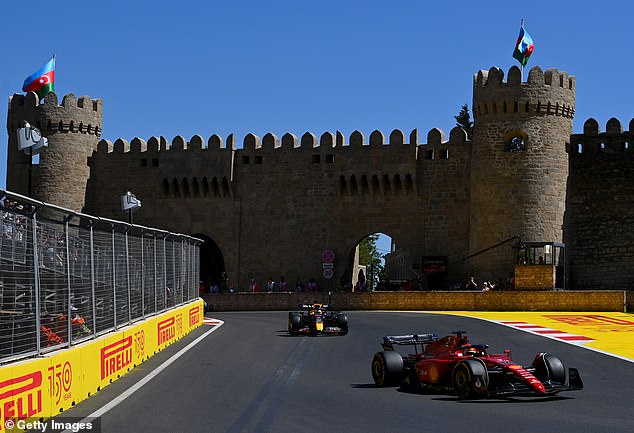 Leclerc began practice on Friday in bright sunshine without taking on a new power unit, but may yet opt to make the switch before Sunday’s race on the 2.7-mile Circuit Gilles Villeneuve.

The luckless 24-year-old, who even missed his intended flight from Nice en route to Montreal, said: ‘It’s up to us to choose the best track to take a penalty.

Ferrari believe Leclerc’s retirement a week ago may have been a consequence of the fault that ended his participation in the Spanish Grand Prix last month, also while he was leading.

A team spokesman said: ‘We are working on counter-measures to strengthen the package and the situation is under control.’ 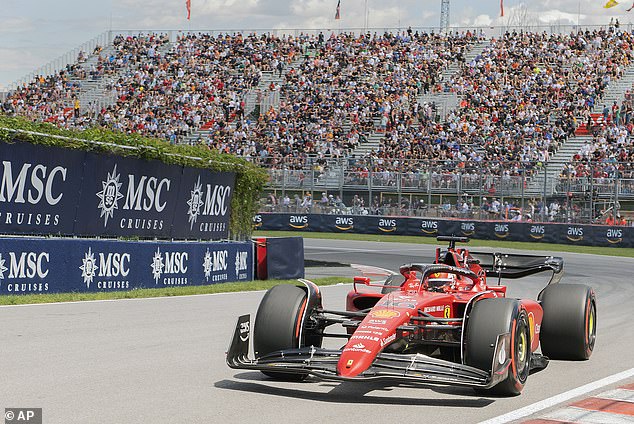