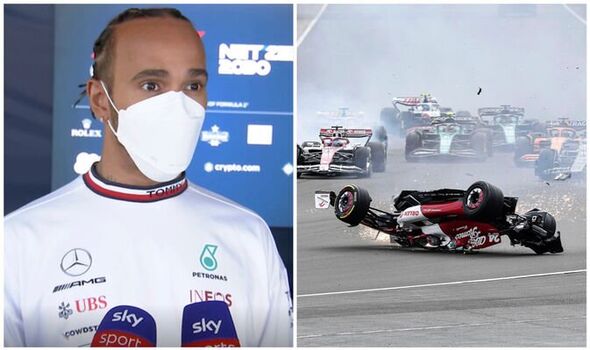 Lewis Hamilton has warned that Formula One must do even more to protect its drivers following the horrific crash involving Zhou Guanyu at the British Grand Prix last Sunday. Zhou’s car flipped several times following a collision on the Silverstone track and turned upside down.

The halo on Zhou’s vehicle likely saved the 23-year-old’s life. The Alfa Romeo star has, incredibly, been cleared to feature at this weekend’s Austrian Grand Prix following extensive medical checks in midweek.

Seven-time world champion Hamilton believes that the outcome could have been so much worse, though, especially had Zhou’s car caught fire. The 37-year-old has called on the sport to continue modernising cars to ensure drivers’ safety.

Hamilton told Sky Sports: “I had seen the crash but hadn’t realised that he actually got stuck and couldn’t get out of the car.” 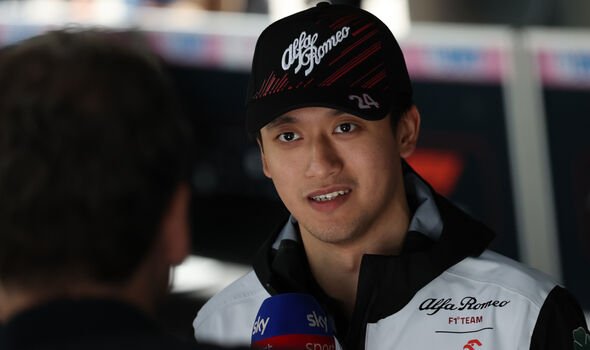 It was put to Hamilton that F1 can learn more from such incidents. The Brit continued: “Absolutely, and thank god for the halo. That has saved my life and it has saved so many drivers’ lives. But we have got to do more, clearly. If that car was in flames then it could have been a much different scenario.”

Zhou announced on Thursday that he had been released following medical checks and will compete at the Austrian Grand Prix. he tweeted: “Finished the final medical check, all good to go!

“Thanks to all of the people who supported me during this time, [it] means the world. Austrian GP, let’s go!”

The Chinese ace has since revealed that he does not know how he survived the crash. His instinct was to switch off the car’s engine to prevent a fire.

“I don’t know how I survived. But then looking back obviously I saw the halo saved me,” Zhou said ahead of the Austrian GP.

“Once I stopped I didn’t know where I was because I was upside down and the next thing I felt was some leaking. I was not sure if it was from my body or from the car, so I just tried to switch the engine off. I knew if a fire started it would be difficult to get out.

“It wasn’t hurting but it was very cold on the left hand side, so I didn’t know if it was blood and I wasn’t feeling any more or something. I was just making sure, I was more worried about if the engine caught on fire because in that position you are really stuck.”