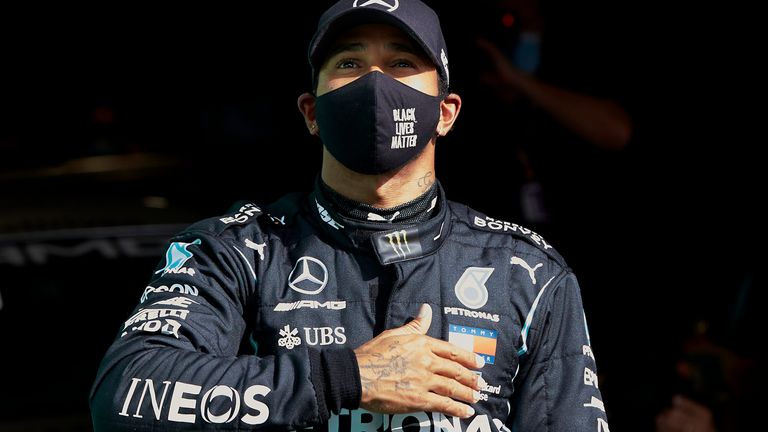 Lewis Hamilton has opened up on his Formula 1 future in an exclusive interview with Sky Sports, admitting he is unsure how much longer he will remain in the sport but that he “plans to be” on the 2021 grid.

Hamilton, despite his seemingly unstoppable march to F1 records in 2020, has still yet to sign on with Mercedes and is out of contract at the end of the season – although has said for many months he has no plans to leave.

But in a candid discussion with Sky Sports News’ Mike Wedderburn which airs in Sky F1’s Portuguese GP build-up show from 11.30am on Sunday, Hamilton claims he is still undecided on his long-term future.

“I don’t think I’m at my peak,” Hamilton, who will start on pole position on Portimao’s F1 debut and is aiming to win a record 92nd Grand Prix, says. “I’m in a good area, for sure.

“I still want to continue to race but I don’t know how much longer it will be. It’s definitely not going to be a long time before I stop, so this is a period of time where I’ve got to slowly work out what the future holds.

Hamilton, whose influential team boss Toto Wolff is also considering his future plans, adds: “All I can say is that I plan to be here next year.”

In Sunday’s build-up show, Lewis also speaks about his F1 journey, off-track projects and missing fans at races this year. Tune in from 11.30am ahead of the Grand Prix start at 1.10pm.

A wider at-length interview between Hamilton and Wedderburn airs in a special programme titled Lewis Hamilton: My Race on Sky Sports News on Friday. 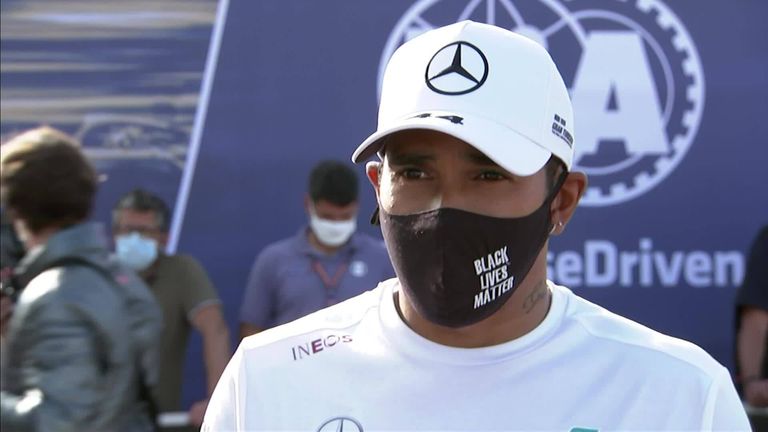 Hamilton is 69 points clear in the 2020 title race with just six races remaining, and is chasing a record-equalling seventh championship.

Hamilton’s contract – or lack of – was a big talking point heading into the Portuguese GP weekend, particularly as most of the 2021 grid has now been formed.

Speaking in Thursday’s press conference, Hamilton said his new deal was “probably” a formality but that it was “not a priority right now”. Although he also insisted he hadn’t “spoken to anybody else and I don’t plan to”.

“I guess at some stage we have to sit down and have the conversation but it’s not a priority right now,” he said. “Getting the job done this year, for me personally, is the priority.

“That’s what I’m solely focused on right now. When the time’s right we’ll do it and get on with it.”

Hamilton, who joined Mercedes in 2013, has previously only signed two or three-year contracts with the team. 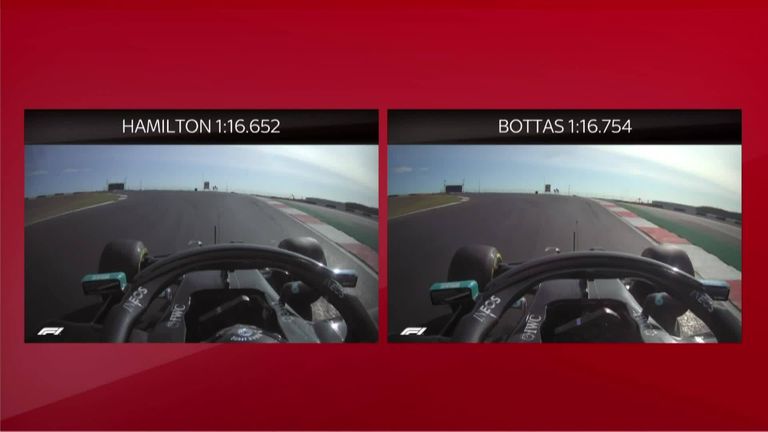 “I haven’t made any decisions,” he explained. “I do want to stay and I think when we do sit down, normally [when] we plan it’s been three-year periods but of course we’re in a different time. Do I want to continue for three years is also a question.

“There are many, many questions still to be answered. We’re also going into a new era of car in 2022. It kind of excites me what could happen in 2022 in terms of what the cars are like.”

Insisting that the future was also “bright” for world champions Mercedes, Hamilton continued: “These are all things that we’ll naturally speak about but I think I’ve earned the position so far to be able to stay for a decent amount of time.

“Time will tell. Hopefully you’ll hear something in the next couple of months.”