Lewis Hamilton fell to the floor of the cool down room moments after admitting his drinks bottle failed during the French Grand Prix. The seven-time champion dropped to his knees and laid down on the floor. 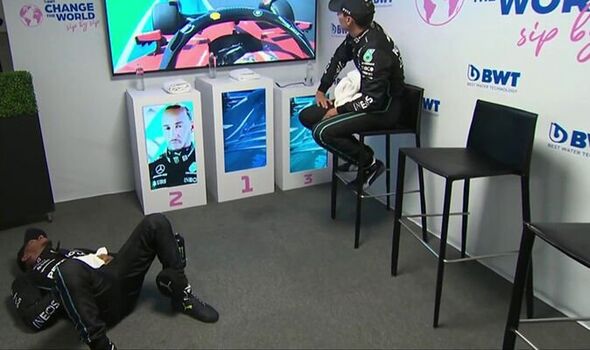 Seconds later, he gasped “what a race” to team-mate George Russell who finished third. Hamilton was then seen gasping for breath while the others discussed Charles Leclerc’s crash. It came after the Mercedes driver admitted he could not drink during the race after a failure.

He explained: “That was actually a tough race because my drinks bottle didn’t work, but what a great result, considering we’ve been so far off these guys all weekend.”