Lewis Hamilton didn’t take kindly to a word of warning from race engineer Peter Bonnington in his battle with Max Verstappen at the Bahrain Grand Prix. Hamilton and Verstappen were on two very different strategies in the race as both teams looked to second guess each other in their battle to win the first race of the season.

Hamilton was put on another set of hard tyres midway through the race to try and avoid the undercut from Verstappen, with the Red Bull driver closing in on the medium compound.

The two drivers had been taking advantage of some vague track limit rules at Turn Four to give them more speed coming out of the corner.

Hamilton had been doing it all race with Verstappen later being told by his team to do the same.

But with Hamilton running in second, the seven-time world champion was later told by Mercedes that he would have to stop doing it or face a five-second penalty. 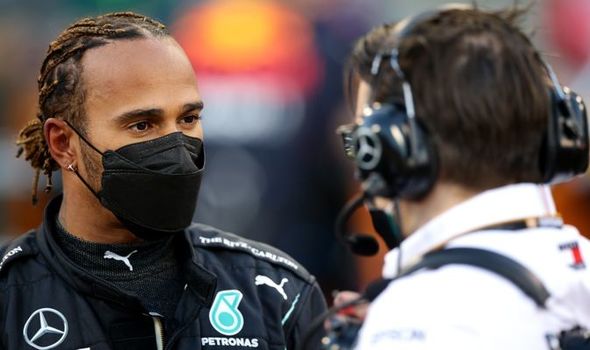 Bono: “We’re getting warnings about track limits at Turn Four so just tidy that up,”

Hamilton: “I thought there was no track limits.

Bono: “Copy that on track Lewis but we are getting the messages from race control that you will get a black and white flag next time so five seconds.

Bono: “Yeah, they’re getting a bit bumpy about it now.”