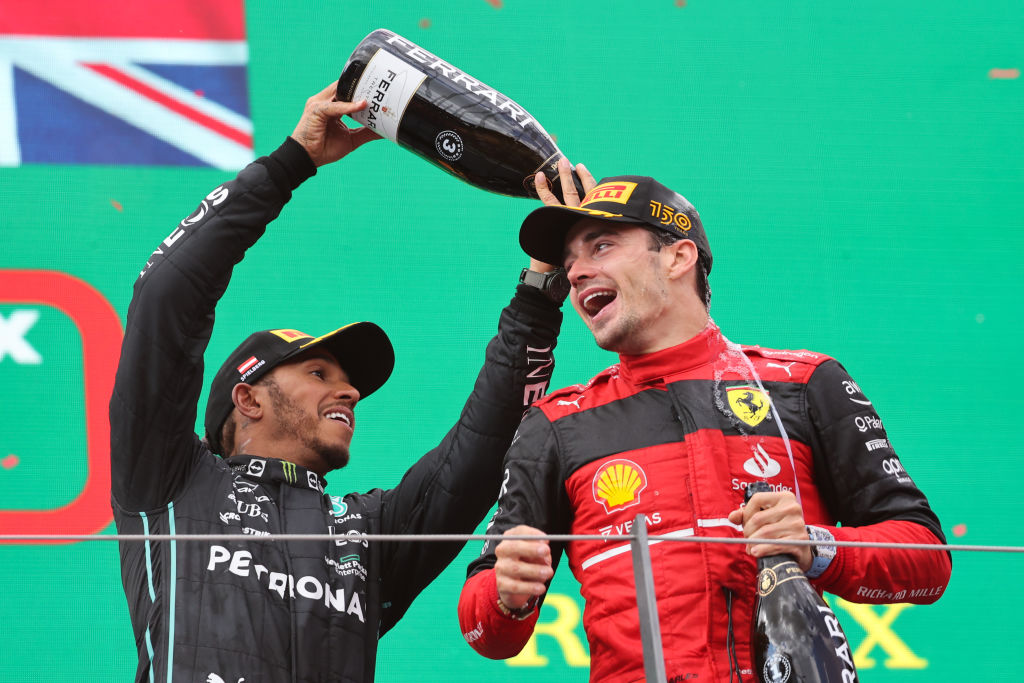 Sir Lewis Hamilton believes that Max Verstappen could cruise to the 2022 title thanks to the Red Bull driver’s significant lead in the championship.

Verstappen won last weekend’s French Grand Prix, while his main title rival Leclerc crashed out whilst leading the race, to extend his lead in the standings to 63 points over the Monegasque.

With a maximum of 26 points available at a single race, the Dutchman has built up a healthy gap to his opponents, and although there are still 10 races of the season still to go, many consider this championship to be over already.

Verstappen has been a model of consistency this year, having won seven of the opening 12 races, and only failing to finish on the podium on three occasions, each of those because of mechanical issues.

Leclerc’s Ferrari meanwhile has had the edge on Red Bull in terms of pace since the start, but a mixture of driver errors, reliability problems, and strategy blunders have cost the driver big time.

‘I am gutted for Charles, he has been doing a great job,’ said Hamilton, who is currently sixth in standings.

‘But it is not easy to have that performance and pace and be able to maintain it. I feel for the whole team because I know what that can feel like.

‘It is a massive gap to Max so that is pretty smooth sailing for him in that space.

‘But a lot can go wrong. I would just advise Ferrari to keep their heads down and continue to push.’

Having battled for the title in almost every year of his Formula 1 career so far, Hamilton is well-placed to know what Leclerc needs to do if he wants to make up ground and win his first championship.

Notably, in 2014 and 2017 the Brit found himself second in the standings going into the summer break but would finish the season strong to win the title in both those years ahead of Nico Rosberg and Sebastian Vettel respectively.