Lewis Hamilton has opened up on one of Mercedes biggest issues as he could only manage sixth in qualifying for the Japanese Grand Prix. Hamilton was almost a second slower than former title rival Max Verstappen who secured his fifth pole of the season.

It comes less than 24 hours after Mercedes topped the timesheets in a damp FP2 yesterday. Hamilton pointed the finger at the car’s wing, suggesting this was a factor in the lack of straight-line speed.

He explained: “We were losing a lot of time on the straights but the car is feeling really good throughout the rest of the lap. My laps were generally good, I didn’t have any problems otherwise. I think we wwe skiing five or six tenths just on the straights.

“Otherwise, we kind of anticipated it. We have a bigger wing compared to the other guys.” 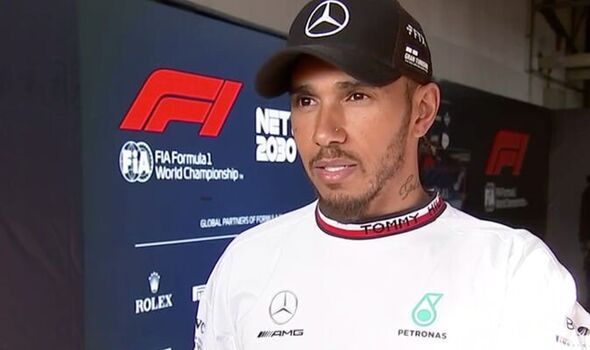 Team-mate George Russell was unable to match Hamilton all afternoon in Japan with his best lap only good enough for P8. Hamilton stressed the car appeared to be more competitive in the rain which may favour them tomorrow

Although the race is expected to start dry, there is the possibility of a rain shower towards the end of the Grand Prix. According to F1, the chance of rain on Sunday is at a massive 40 per cent.

When asked about his chances for tomorrow, Hamilton responded: “It depends on the conditions we have. If it rains we didn’t look too bad yesterday in the wet conditions  So I think either way we should be a little bit closer than we were today. Yeah I’m hoping for a better race result.” 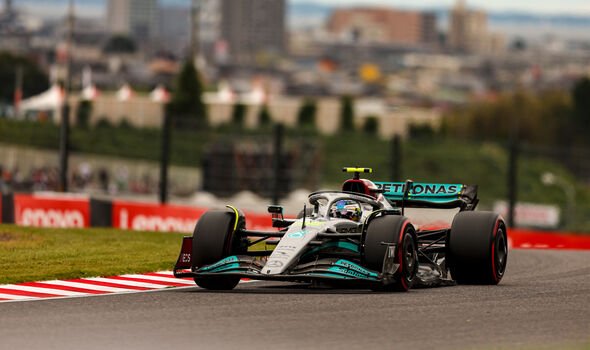 But, Hamilton stressed it was unlikely he would be standing on the top-step of the podium when pressed if a win was a possibility. He added: “I think that’s a real reach, to try and say we can get a win.

“Those guys are nine-tenths ahead, you don’t go from being nine-tenths behind in qualifying to winning a race.” Hamilton comes into the weekend 33 points behind Russell in the championship after a difficult weekend for the pair in Singapore.

Russell finished outside the points after taking on new engine components him to the back of the grid. Meanwhile, Hamilton was only able to secure P9 despite starting on the second row.