Lewis Hamilton could not hide his admiration for Ferrari when asked about a potential move to Mercedes’ pit-lane rivals while sat across from Silver Arrows team principal Toto Wolff. Hamilton’s future is the subject of plenty of speculation with his current contract coming to an end upon the conclusion of the oncoming 2020 F1 season.

Ferrari are Hamilton’s most probable destination if he cuts ties with Mercedes – with whom he’s won five of his six World Drivers’ Championship titles to date.

The 35-year-old has held initial talks over a potential switch, as confirmed by Ferrari chief executive Louis Camilleri at last year’s post-season debrief at Maranello.

Hamilton appeared to flirt with the idea of joining the Prancing Horse during a sit-down interview with Sky Sports pundit Martin Brundle, during which Wolff was sat in front of him.

While he admitted Ferrari represent an “incredible team”, he hinted Mercedes’ care for their stalwarts might mean he snubs the Italians’ advances.

Asked by Brundle if he fancied having a crack at glory with Ferrari, Hamilton replied: “I think that’s like a short-term kind of thing. 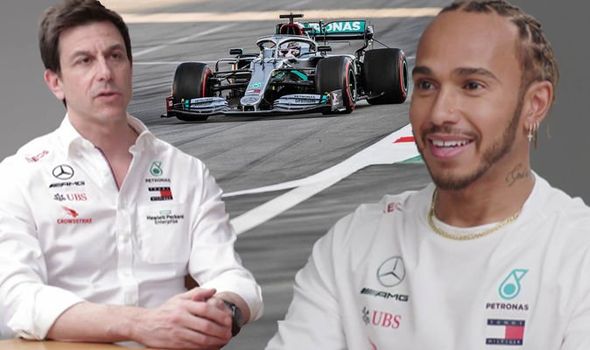 “If you look at all drivers who have driven for Ferrari, obviously it’s an incredible team and obviously the car’s always beautiful red. I have got red on my helmet. Red is the colour of passion or love or whatever you want to say.

“But what Mercedes have done for all their drivers – even Sir Stirling Moss is still a part of the team – they honour that and you become a part of a legacy and a life-long partner, which I think is super appealing.”

While Hamilton has held discussions with Ferrari over a potential blockbuster move, the Brit insists he’s yet to seriously speak to Wolff about his future.

“We haven’t sat down and talked yet. It’s crazy because there’s all these talks in the media and everything,” explained Hamilton.

“I have a certain approach normally in the sense that I don’t stress. I trust Toto and we have that trust between us. 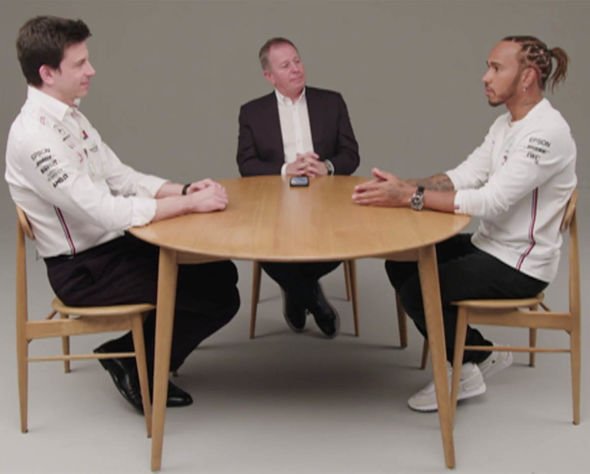 “We have told each other basically what our goals are, and what our aims are, and our commitments and so I don’t ever feel there’s necessarily always a rush.

“But sometimes Toto’s like ‘is everything ok?’ So we always keep the channel open and I’m sure in the near future we’ll start to sit down. But I don’t feel stressed.”

Wolff echoed Hamilton’s comments but suggested he’s eager to pin down the reigning F1 champion soon in order to thrash out a contract.

Wolff said: “I texted Lewis the other day and [said] ‘I’m reading all these comments in the press about our negotiations and that Lewis is asking for so much money – we have never talked about it!’ It’s all made up.

“Then I said maybe we should sit down one day and have the chat. But I think I know so well where he’s going to go, you know where I am, it’s about finding a day where we spend a few hours together. That’s what we’ve done in the past.”