Lewis Hamilton’s political activism has been labelled ‘dangerous’ by Ralf Schumacher. The Mercedes driver has regularly spoken out on movements throughout the course of the current Formula One season. But that’s now seen him criticised.

Hamilton has been a vocal figure on social media throughout the season, endorsing the Black Lives Matter movement and wearing a t-shirt caring the slogan ‘Arrest the cops who killed Breonna Taylor’ back in September.

The Brit has never shied away from making his feelings known and insisted he’s not regretted his actions.

Hamilton was alleged to have broken F1 rules with his message earlier in the year but had no regrets, saying: “Lots of rules have been written for me over the years but that hasn’t stopped me.

“I have not spoken to the FIA. What was really positive was the support I got from the fans. I don’t regret a single moment of it.”

Yet Schumacher has now criticised Hamilton for adopting political stances while draped in Mercedes gear, insisting sport shouldn’t be associated with such matters. 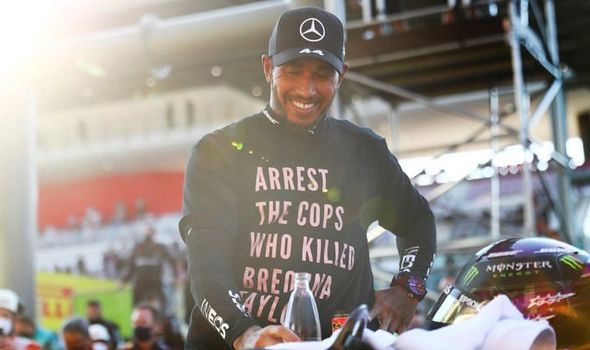 “His values are very important and he can represent them on Instagram and the other social networks,” Schumacher told Sport1.

“The only question is why he always has to do it in a Mercedes suit and on the racetrack.

“It can be too polarising. If the drivers rush into things like that too much it is dangerous – the sport doesn’t deserve that.”

Hamilton is yet to criticise Saudi Arabia’s human rights record as the country joins the 2021 race calendar.

And Schumacher believes he doesn’t need to, saying: “I am firmly convinced that sport and politics must not be combined. 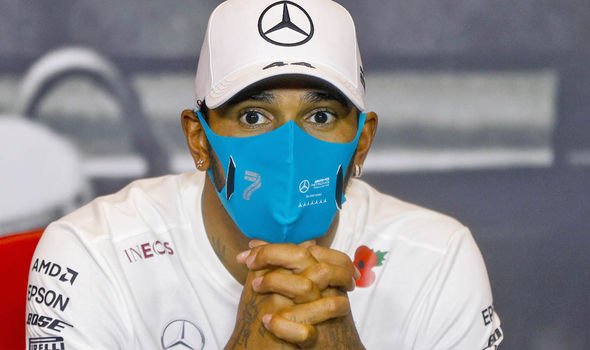 “And if it is, it is definitely not the job of the driver.”

The German also expressed a belief that Hamilton is only looking for a one-year Mercedes contract.

The 35-year-old has dropped hints about potentially retiring from the sport, with the Brit on the cusp of equalling Michael Schumacher’s record of seven F1 Drivers titles.

And Schumacher told Sky Deutschland: “I believe he (Hamilton) is only looking for a one-year contract to be able to sound out the situation and assess what is happening after 2021.

“I don’t see any other option for him, so the all-important question is: how much motivation does he still have?

“What is clear is that he will take an eighth title next year. The young guys are not that annoying yet.”

Meanwhile, Hamilton recently hailed Mercedes team-mate Valtteri Bottas and expressed a belief his friend ‘doesn’t get the credit he deserves’.

“I think Valtteri doesn’t get the credit that he’s due because he does an amazing job,” said the 35-year-old.

“He’s an incredibly fast driver, and I think he’s better than a large portion of the field that are here – not only in his driving but also in his mental attitude and approach, because being a driver is not just about driving, it’s not just about practice.

“It’s about how you bring and elevate people around you, and he’s great at that.”

What is Triller? How to live stream Mike Tyson vs. Roy Jones Jr. fight on the social media app

Horse racing tips: Newsboy picks Copperhead in Ladbrokes Trophy
Recent Posts
This website uses cookies to improve your user experience and to provide you with advertisements that are relevant to your interests. By continuing to browse the site you are agreeing to our use of cookies.Ok