Lewis Hamilton has launched a passionate defence of fellow Mercedes Valtteri Bottas, praising his team-mate’s resilience and mental toughness following another challenging season. While the pair collaborated to fire the Silver Arrows to yet another Constructors Championship, it was a year of ups and downs for Bottas on a personal level.

The season ended with speculation regarding his future and there were doubts as to whether Toto Wolff would allow him to see out the rest of his Mercedes deal following George Russell’s rise to prominence.

The Williams driver impressed at the Sakhir Grand Prix after filling in for Hamilton but Wolff has deiced to stick by the Finn for the 2021 season, with one year remaining on his current contract.

Now Hamilton, whose future still remains unresolved, has taken the chance to praise his colleague for his determination, despite finishing 124 points behind the seven-time world champion.

“When I talk about people need to give Valtteri his due respect,” Hamilton said. 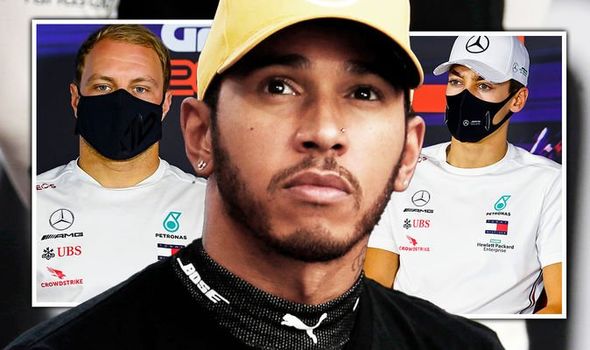 “I think you’ve got to remember who he’s driving up against; it’s not easy being my team-mate, you know?”

“But he comes in, weekend in weekend out, with the same mentality, he’s never moaning, complaining that… something’s wrong with the car, it’s always ‘I’ve got to do a better job’, and I don’t know any driver that does that.

“I think that’s something we share in common: We come into this weekend with a fresh head, and I think mentally, he’s one of the strongest drivers here.”

Bottas himself was the first to acknowledge that this was not his best season following the season finale in Abu Dhabi.

“If I look back at this year, there’s been many positives I can take,” said Bottas.

“I’ve been able to improve on many areas. For sure not still enough to win the title, but I’ll keep pushing.

“There were some unlucky races where I lost some points, but there were also some races that Lewis was better than me, and that’s in the end how he made the difference.

“It was sometimes about very fine margins, whether that was about qualifying or how the race ended up in terms of what kind of strategy I was pushing for, or he was pushing for, and how things ended up.

“But in this sport – the points difference can look pretty big now, I know, but in the end it comes down to fine margins and I’ve been unable to be consistently at such a top-level as Lewis has been this year, so I think that’s made a difference.” 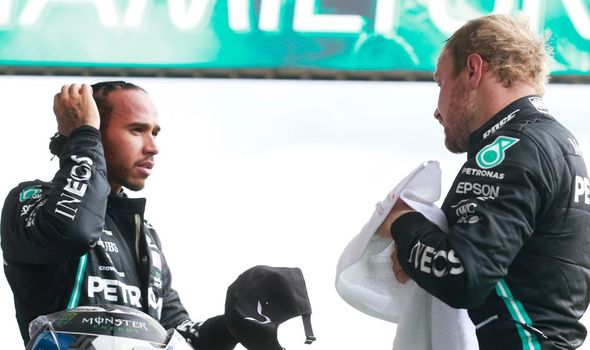 Bottas is not the only driver trying to remain upbeat in the pursuit of Hamilton.

Red Bull’s Max Verstappen is hoping his team can launch a title challenge next season following the acquisition of Sergio Perez from Racing Point.

“I’ve been quite a few races on my own,” the Dutchman recently said, as he described the feeling of being stuck in no man’s land.

“I just like to follow Mercedes! The car wasn’t bad, but of course, we were still lacking a bit to Mercedes.”