Mercedes star Lewis Hamilton has shown his concern to McLaren starlet Lando Norris after an incident involving a space hopper went wrong in a prank by team-mate Daniel Ricciardo.

The drivers will go toe-to-toe in the British Grand Prix at the weekend in a bid for their first wins of the season. Fans across the world have flocked to Silverstone this weekend in a bid to watch their homegrown stars potentially take gold, with Hamilton having won the last three.

But a bizarre incident took place on Thursday before Friday’s practice with Ricciardo smashing Norris in the face with a space hopper after the McLaren duo raced against each other in Northamptonshire. And after the hilarious incident left spectators in tears, Hamilton offered a blunt response to Ricciardo’s update on Twitter.

The Australian said “He’s ok” after everyone was laughing at Norris’ expense following the incident. But Hamilton replied cautiously by citing “Is he actually?” – sparking concern amongst fans. 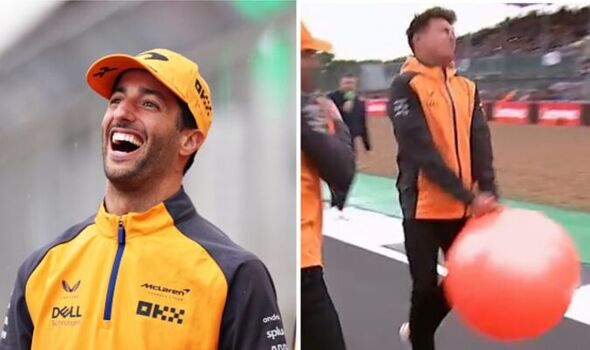 Ricciardo led the race after playfully nudging Norris, before waiting for the Bristol-born star to catch him up. The youngster raced past, and looked to take the lead against a stationary Ricciardo.

But Ricciardo stopped Norris in his tracks by hitting him square in the face with the space hopper sending the prodigy flying. Hamilton returns to the track for the first time since his racism row with Nelson Piquet.

The Brazilian used an offensive term when referring to Hamilton, and apologised on Wednesday – although he denied any racial intentions. And Hamilton spoke out about the incident, claiming it was ‘nothing new’ for him. 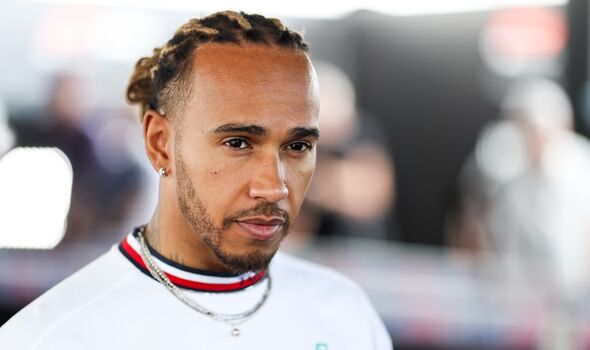 “I’ve been on the receiving end of racism, criticism, negativity, archaic narratives and undertones of discrimination for a long, long time, and there’s nothing really particularly new for me,” Hamilton said. “It’s more about the bigger picture. I don’t know why we are continuing to give these older voices a platform.

“They’re speaking upon our sport and we’re looking to go somewhere completely different. If we’re looking to grow in the US, other countries, South Africa, we need to look to the future and give the younger people a platform, who are more representative of today’s time. It’s not just about one individual, it’s not about the one use of that term, it’s the bigger picture.”