Lewis Hamilton has hit out at Yuki Tsunoda after his retirement helped Max Verstapepn in the Dutch Grand Prix. Tsunoda stopped on track complaining his tyres had not been fitted correctly before returning to the pits. 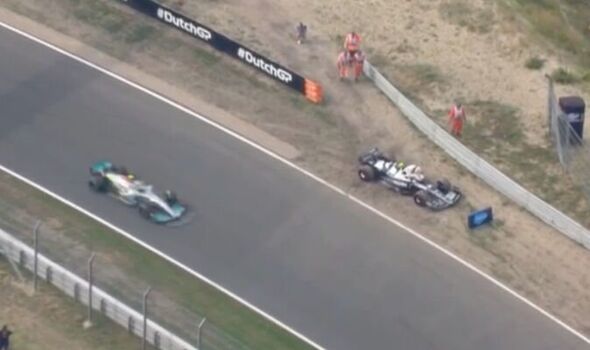 His mechanics then checked the car and sent him back on track monnets later but the Japanese star stopped three corners later. It came as Hamilton was hunting down Verstappen on better tyres with just a handful of laps remaining.

However the Virtual Safety Car allowed Verstappen to lose less time in the pit stops and maintain a 12 second lead. Hamilton hit back on team radio moments later, he said: “That VSC has stuffed us.”