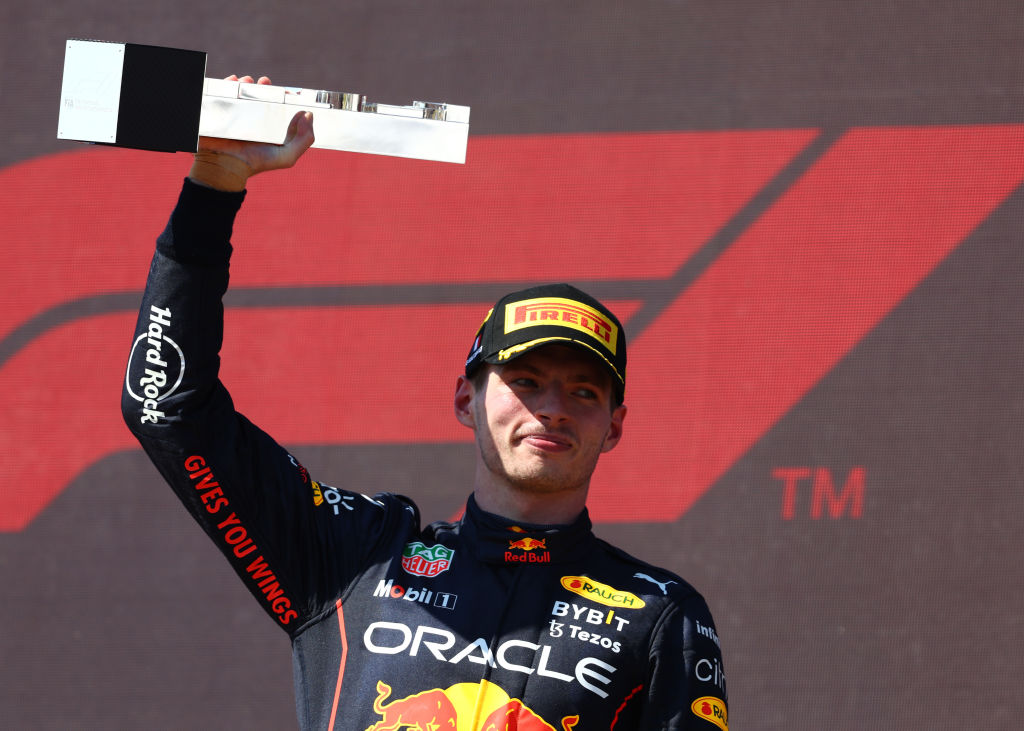 Max Verstappen doesn’t believe that his victory at the French Grand Prix was gift-wrapped to him after Charles Leclerc crashed out while leading Sunday’s race.

The Red Bull driver claimed the win at the Circuit Paul Ricard ahead of Mercedes duo Sir Lewis Hamilton and George Russell.

He started the race in P2 behind Leclerc and struggled to get past the Ferrari in the opening stages, setting up what should have been a thrilling battle between the title rivals.

However, on lap 18 Leclerc spun into the barriers, ending his race and allowing Verstappen to comfortably win and extend his championship lead over the Monegasque driver to 63 points after 12 races.

‘I think we had really good pace from the start,’ Verstappen said afterward.

‘I was putting pressure on Charles but following around here, with this heat, the tyres were overheating a lot and I could never really go for a move. Only once into Turn 11.

‘We just tried to stay calm and stay close. We pitted a bit earlier and from there onwards you never know how the race was going to go.

‘The car was quick today – of course, unlucky for Charles, I hope he is OK – but I just did my race and looked after the tyres.’

But when asked if this was somewhat of a hollow victory given the way the race was handed to him, the Dutchman was coy and just reiterated that he was running his own race.

He added: ‘I always try to get the most points possible. Some moves, you see they are on, and sometimes you just have to back out and wait for the end of the race.

‘That’s what we did. There are plenty more races to come where you have to score points. In that aspect today was a great day.

‘We still have a bit of work to do, over a single lap especially, so we just have to keep on working.’

The Formula 1 season continues next weekend with the Hungarian Grand Prix, the last race before the summer break.