Max Verstappen is ‘a TIME BOMB’, warns Red Bull chief Helmut Marko, with the world champion ready to blow after a frustrating start to the season with two retirements from the first three races

Red Bull chief Helmut Marko insists his team have to start getting back to consistent winning ways again soon to prevent a wave of fury coming from lead driver Max Verstappen.

The Dutchman who took a stunning world championship last season was an early favourite to land back-to-back titles following pre-season testing where he seemed consistently fastest, but it’s been a miserable start to the year for Red Bull.

Although the car has remained fast, reliability problems have plagued the team with their six entrants in three races producing three retirements – two for Verstappen – while he was running second in Bahrain and Australia last time out. 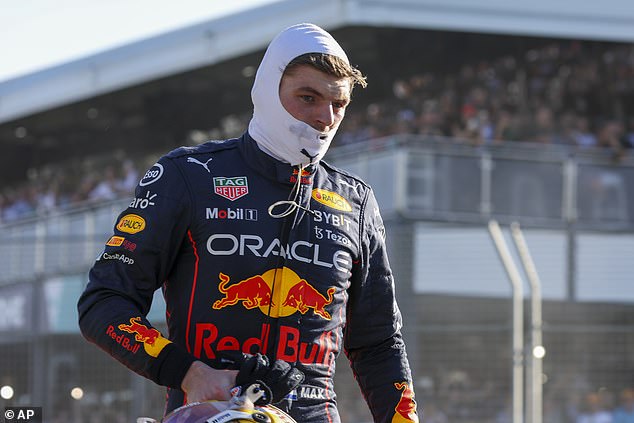 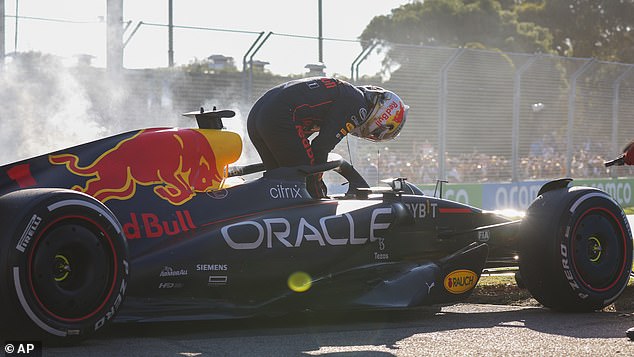 It’s cost the Dutchman 36 points and despite winning the second race in Saudi Arabia it leaves him trailing series leader Charles Leclerc of Ferrari by 46 points heading into this weekend’s Emilia Romagna Grand Prix at Imola.

Marko now believes the ’emotional and passionate’ Dutchman’s tricky start to the season could lead to frustrations boiling over for him especially in light of being put under more pressure by team-mate Sergio Perez this season.

‘With the set-up of the car, you sometimes lack the confidence to maintain his [Verstappen’s] extreme driving style,’ Marko told Austria’s ORF. ‘You can see that this makes Checo [Perez] closer to him than in the past. If we don’t win again soon, then he is indeed a time bomb!’ 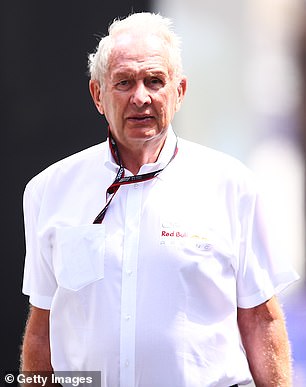 Despite the concerns over how volatile Verstappen could turn, the 24-year-old only last month was confirmed to have signed a new £40million-a-year deal with the team until he is 30.

Having been part of the Red Bull F1 programme since making his debut with the team’s sister outfit Toro Rosso (now AlphaTauri) in 2015, Marko believes that Verstappen has become calmer and matured more as he has grown into one of the fastest drivers on the grid and learned to deal with setbacks.

‘He is a lot calmer,’ Marko said after Verstappen’s most recent mechanical related retirement in Melbourne. ‘After his retirement, he returned to the pit box and we discussed things calmly.

‘However, in this case, we knew we could run into that problem, because we also had to deal with that in qualifying, so it didn’t come out of the blue in that regard. He is an emotional and passionate driver who will always give his opinion. But, in my view, he is a lot calmer than in the past.’

Verstappen and Red Bull will be looking to get back to winning ways this weekend at Imola for the fourth round of the season of the forecasted 23 race campaign. 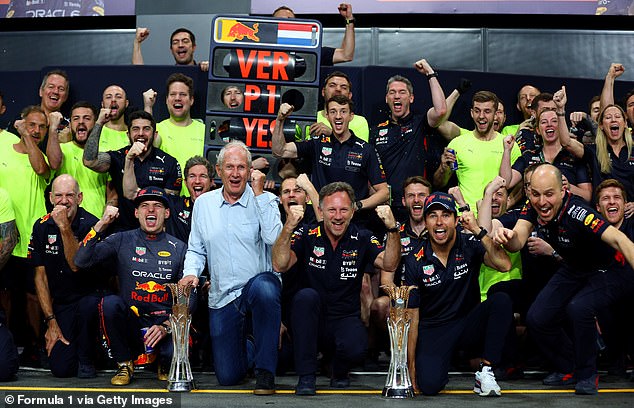 However build up to the weekend has already been hit following the theft of Charles Leclerc’s £265,000 Richard Mille watch.

Leclerc was out with his personal trainer Andrea Ferrari in Viareggio in Tuscany when at 10pm he was targeted by autograph hunters and his watch was swiped.

The Monegasque driver and Andrea Ferrari immediately alerted local police to the theft and they are now investigating.

The Ferrari team confirmed to Sportsmail that the watch was stolen but were unable to provide further comment with an investigation ongoing.