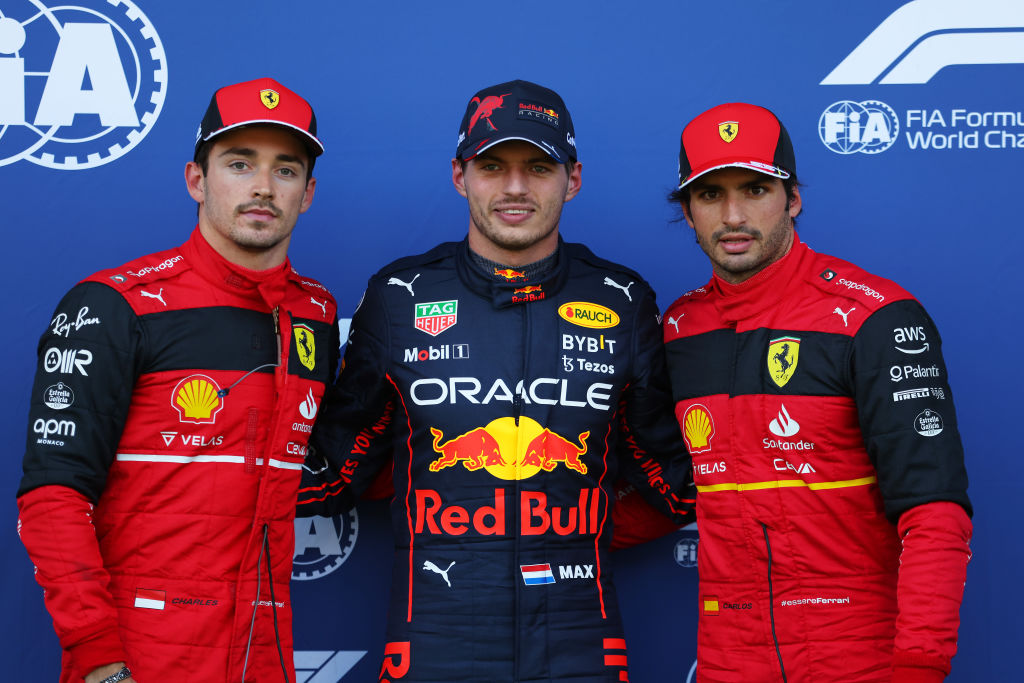 At the raucous Red Bull Ring, Verstappen edged out Charles Leclerc and Carlos Sainz Jr., with less than a second separating the Red Bull and Ferraris.

This is one of three sprint weekends being held this season, where qualifying is held on the Friday to determine the grid for a short ‘sprint’ race on Saturday, the results of which decide the starting order for Sunday’s main event.

However, during the final session Hamilton lost control and slid into the barriers, badly damaging the right-hand-side of his car and bringing out the red flag.

Almost immediately after the restart, his teammate Russell also crashed, losing the rear end and hitting the wall and yet again the session was bought to a halt.

‘It was a big hit but I’m okay,’ said Hamilton who will line up P10 on the grid for the Sprint, while his teammate is fifth.

‘Incredibly disappointed in myself. I’m so sorry to the team because everyone worked so hard to put this car together and I never like to bring it back damaged.

‘And I don’t have an answer for it. I just lost the back end at Turn 7 and that was that.’

Despite the result, the Mercedes W13 has looked a lot closer to its Red Bull and Ferrari counterparts in terms of pace at recent races and with the Sprint, the seven-time world champion has another chance to get into a better starting position for Sunday’s race.

‘We were fighting for the top three I think and we weren’t expecting it to be as close as that,’ the 37-year-old added.

‘I’m encouraged to see our performance so that’s a huge positive for the team but I’m really quite far back so I don’t know whats possible from there. But we have a sprint race as well so I hope that tomorrow I can make up for lost time.’