Max Verstappen has said there is still ‘work to do’ after beating Lewis Hamilton and George Russell to win the French Grand Prix. It was the Red Bull driver’s seventh Grand Prix win of the season after title rival Charles Leclerc crashed out from the race lead.

“We still have a bit of work to do, over a single lace especially,” the Dutchman said after the race. “We’ll just keep working.

“There are plenty more races to come where we have to score points, but yeah I think today was a great day.”

Verstappen now sits 63 points clear of the Ferrari driver at the top of the World Championship standings as a result of his success. He is now the overwhelming favourite to defend the title he won for the first time last season. Leclerc still sits second but lost a considerable amount of ground in the title race after his midrace mistake. 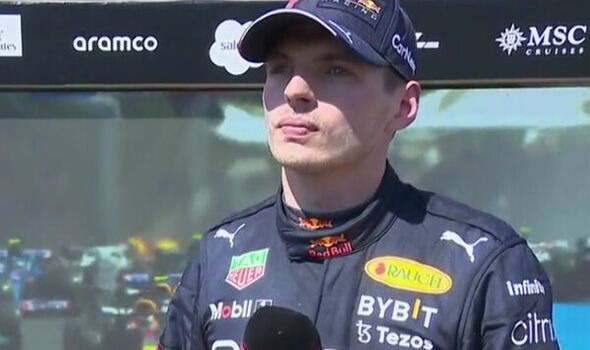 Verstappen asked after his championship challenger during the race and spoke afterwards of his concern for the Monegasque star.

“You never don’t know how the the race is going to go,” he said. “But the car was quick today and of course, it was unlucky for Charles and I hope he’s okay.”

After Leclerc’s crash the race largely became about tyre management for the Dutch driver, with the Red Bull’s superior speed meaning he could comfortably maintain his distance from Mercedes duo Hamilton and Russell.