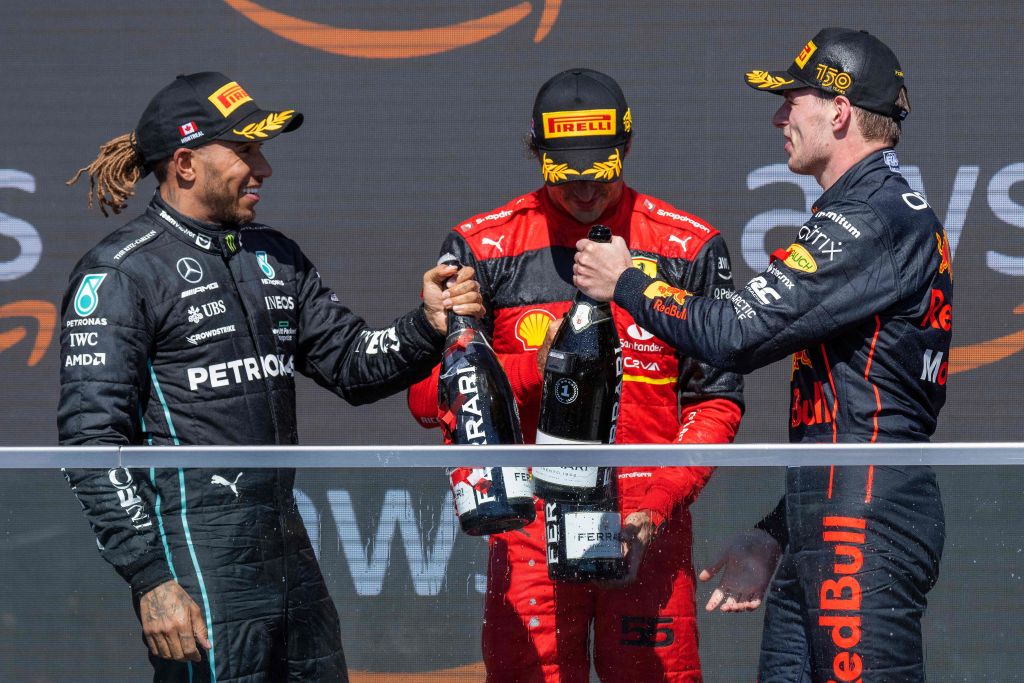 With six victories from the nine rounds so far, Max Verstappen is romping towards a second world title, but that doesn’t tell the full story – because once again, in Canada, Ferrari had the quicker car.

Carlos Sainz Jr finished less than a second behind the Red Bull. But for a safety car on lap 49, I believe those positions would have been reversed. The Spaniard’s wait for his first F1 win continues, 150 races into his career.

Charles Leclerc started from the back of the grid at the Circuit Gilles Villeneuve due to a change of power- unit parts and luck has not been with the early-season leader for a full month.

Held up in the early stages of the race, he was able to put the hammer down after the safety car, triggered by Yuki Tsunoda, came in and he got past the Alfas and Alpines that had held him up.

Fifth was damage limitation but Leclerc lost another 15 points to Verstappen. The gap is now 49.

Team-mate Sainz was leading and set to go all the way to the end on his second set of tyres when Tsunoda went straight on after exiting the pits and ploughed his AlphaTauri into the barrier. With safety-car signs deployed, Ferrari had no choice but to pit Sainz for fresh Pirellis. The safety car eliminated the 14-second gap between the leader and second-placed Verstappen.

Verstappen’s rubber was only five racing laps old. Sainz’s were 28 laps down. He would have been a sitting duck. So, with new boots and their positions reversed, Sainz’s challenge was to hunt the Red Bull down in the remaining 16 circuits.

He got close, in the DRS slipstream all the way to the end, but Verstappen never gave him a chance to send it.

‘I was pushing flat out,’ said Sainz. ‘I wasn’t leaving an inch to the walls under braking. I was pushing everything with the battery.

‘I tried everything to pass Max. The positive thing is we were faster all race. It was that we need a little bit more to overtake around here.’

Without the neutralisation, Ferrari boss Mattia Binotto said it’s tricky to know how the race would have played out: ‘It’s difficult to judge. Max was very fast behind.

‘It would have been very close. We were even judging if we should stay on track or pit simply to protect as well from Lewis [Hamilton], who had fresh tyres as well and was very fast behind.’

Ferrari fluffed Leclerc’s pitstop on lap 42, with a kerfuffle on the left rear taking 5.3 seconds. Compare that with 3.7 for Sainz’s second stop and just 2.4 for Verstappen’s, it is clear Ferrari need to raise their game in this area.

Alonso was realistic in that he knew he was fighting the Mercedes, rather than Verstappen and Sainz. But his hopes of a podium were denied when a power-unit air leak appeared on lap 20.

‘Until that point, we were fighting for a podium,’ said the 2005 and 2006 world champion. ‘When the engine problem came, I was just trying to survive, trying to get DRS, driving kamikaze in the corners before detection, because the DRS was my only safety on the straights after that.’

The stewards took a dim view of that approach, demoting him from seventh to ninth because he was weaving to stay ahead of Valtteri Bottas.

Hamilton was the happiest we have seen him in a long time, taking third just a couple of days after he called his Mercedes ‘undriveable’.

This week the teams’ technical chiefs are set to meet with the FIA to try to find a solution to curb the porpoising problem, which is affecting Mercedes more than other teams.

The FIA announced it is intervening on safety grounds, which has pitched Mercedes principal Toto Wolff up against Red Bull’s Christian Horner again. Horner has a fast car and does not want his rivals to gain any ground through design changes.

‘The issue with Mercedes is more severe than any other car,’ noted Horner. ‘That’s surely down to the team. Their concept is the issue rather than the regulation.

‘They’re running the car so stiff. We haven’t had an issue with bouncing. Our drivers have never complained ever about porpoising.’

Wolff said: ‘The political manoeuvring that’s been going on doesn’t consider what is at the core of this topic. Drivers have been talking about back pain, blurred vision, micro-concussions. We have a responsibility to not take this lightly. We need to tackle it, whatever the solution.’

Without naming names, Wolff has labelled the behaviour of certain team bosses as ‘pitiful’ and ‘disingenuous’.

I wasn’t leaving an inch to the walls under braking. I was pushing everything.