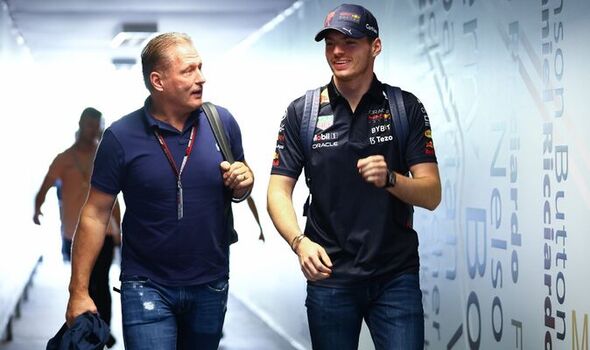 Max Verstappen has confirmed his father, Jos Verstappen, won’t be in Suzuka this weekend for the Japanese Grand Prix where the Red Bull driver can pick up his second F1 Drivers’ Championship. Verstappen holds a huge lead over Charles Leclerc and Sergio Perez in the standings heading into the final five races having dominated the season so far.

And he’ll clinch his second consecutive title this weekend if he wins the Japanese Grand Prix and Leclerc finishes lower than second. If the Dutchman fails to win, he needs to score a minimum of eight more points than Leclerc and at least six points more than Perez to be crowned champion.

There will be huge celebrations in the Red Bull garage if Verstappen pulls it off this weekend. But the 25-year-old will not have his father there for the celebrations with the former F1 driver skipping the Japanese Grand Prix.

Verstappen confirmed that his father is staying at home, adding: “It’s also important to spend time with the family at home. That’s why he can’t be with everyone. But of course we talk on the phone every day.” 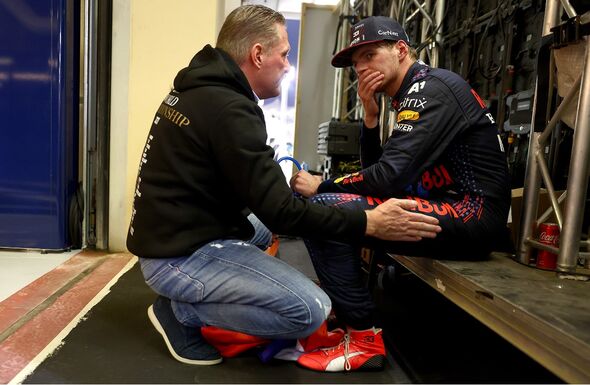 Jos Verstappen previously indicated he would be going to every race possible where his son could be crowned F1 champion. “Max is many points ahead, and it all looks positive for the second title,” he said last month.

“But it still has to happen first. I will definitely travel to Singapore. Then, depending on the result, I’ll go to Japan too.

“But in the end, it’s not that important to me where he successfully defends his title. The main thing is that it works out.”

Leclerc has already conceded defeat to Verstappen in the battle for the F1 championship and has already put some of his focus on next season. “I think realistically Max is going to be a champion, if it’s not this weekend it’s going to be very, very soon,” Leclerc said.

“But we need to focus on ourselves, try to execute well the Sunday because the performance is not what we lacked this year. If we look from the first race to now, we’ve always been strong and the performance was always good enough to actually fight for wins apart from some offs, but there aren’t many.

“I think it’s mostly about trying to put everything together coming the Sunday: strategy, tyre management and yeah, that’s where we are focusing on at the moment. And this is the step that we’ll have to do next year in order to fight for the championship.”