Max Verstappen’s mother has accused his Red Bull teammate Sergio Perez of cheating on his wife as the feud between the pair continues to escalate after the Brazilian Grand Prix.

The F1 world champion defied team orders to let Perez past him at Sao Paulo last weekend, igniting a war of words between them.

Having already sewn up this season’s title, climbing the placings was of no consequence for Verstappen – but every point counts for Perez, who is locked on 290 points in his battle with Ferrari’s Charles Leclerc for second place in the driver’s championship heading into the last race in Abu Dhabi next weekend. 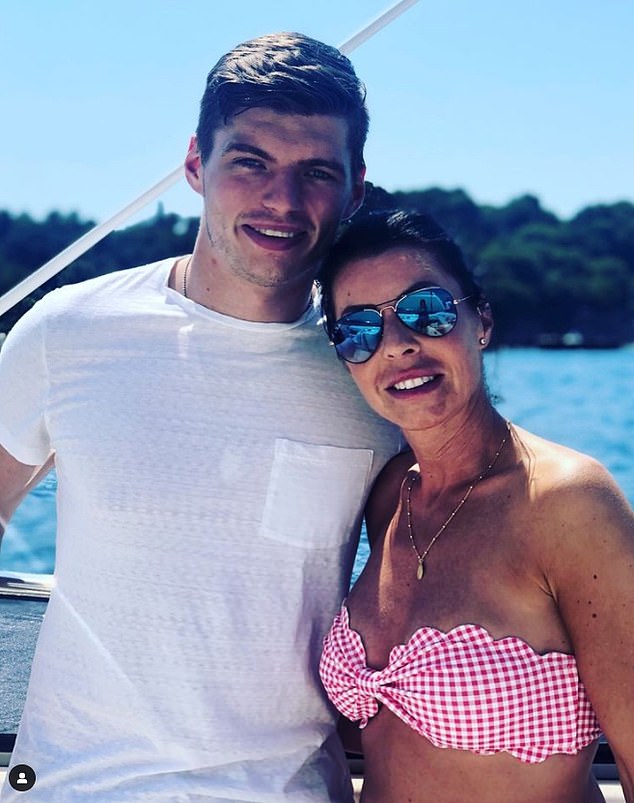 Max Verstappen and his mother Sophie Kumpen, who has sprung to his defence with a vicious sledge at his teammate Sergio Perez 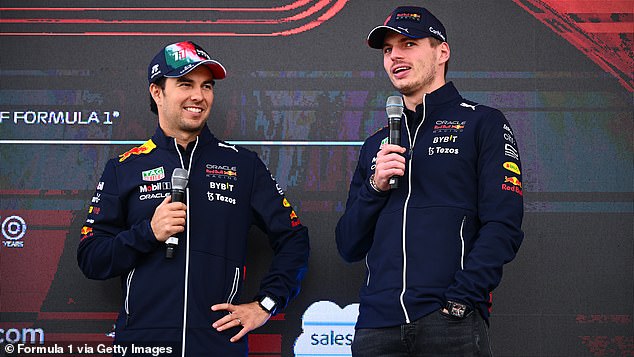 A furious Perez didn’t hold back after the race.

‘It shows who he (Verstappen) really is,’ he said.

‘I have nothing to say, really. After all I’ve done for him, it’s disappointing. I have no idea. I’m really surprised.

In a since-deleted comment, Kumpen replied to an Instagram post criticising Verstappen for the Brazilian GP incident and accused Perez of being unfaithful to his spouse, Carola Martinez.

‘And then in the evening cheating on his wife,’ she wrote.

In a since-deleted Instagram comment, Sophie Kumpen appeared to accuse Sergio Perez of cheating on his wife 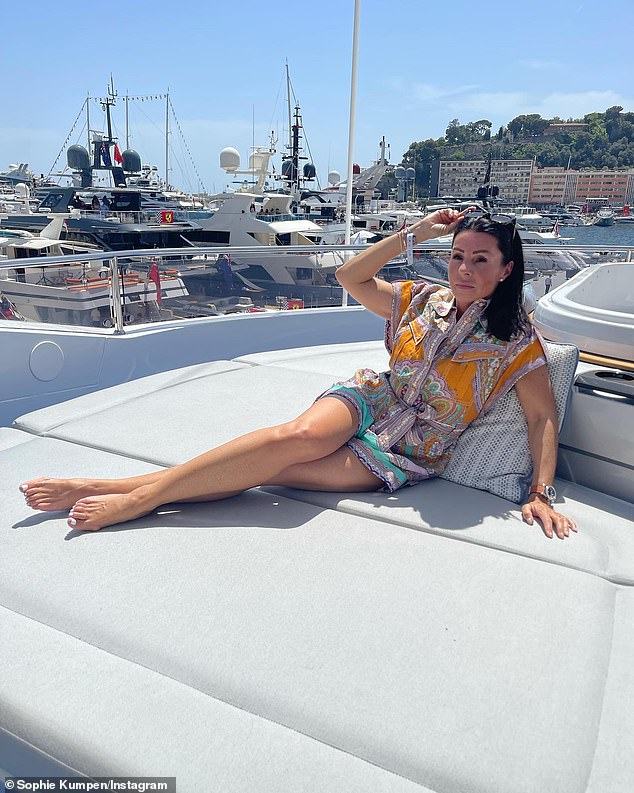 Kumpen, pictured on a luxury yacht during the Monaco GP, posts pictures from around the world as she follows Verstappen while he races

It would appear to refer to a now-infamous incident after Perez won the Monaco GP in June, after which the Mexican was forced to issue a grovelling apology to Martinez.

Photos and video had emerged of Perez dancing on a yacht with multiple women, with the 32-year-old seen with his arms wrapped around a blonde.

He was also seen getting up close and personal with a brunette while he partied the night away and toasted his victory.

It led to the father-of-three – who has been married to Martinez since 2018 – publicly apologising after the footage became public, but also appearing to attack the person or persons who released the footage. 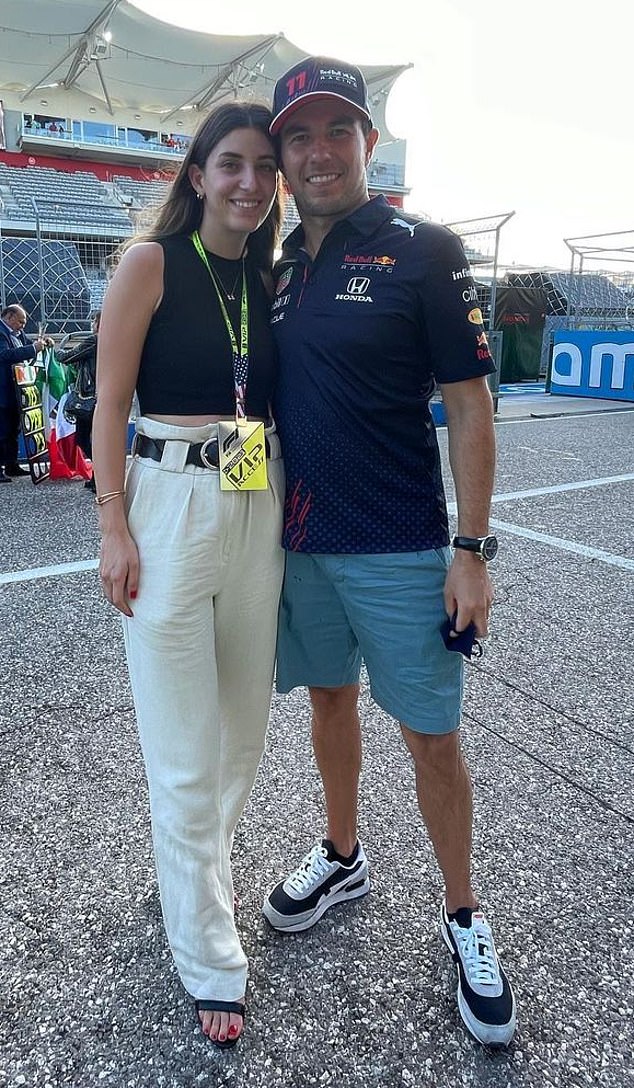 Sergio Perez is pictured with his wife of more than four years, Carola Martinez, on the F1 grid. The pair have three children together but are ‘stronger than ever’ despite his recent scandal 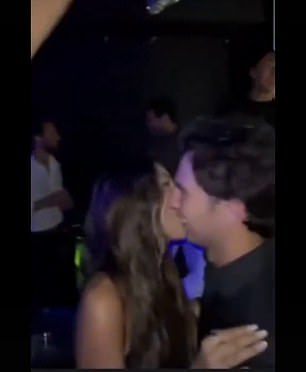 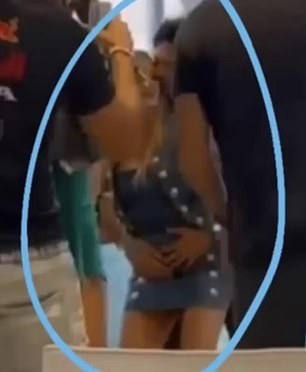 After winning the Monaco Grand Prix in June, Red Bull’s Sergio Perez was spotted getting close to two women during a wild party as he celebrated. He was then forced to make a groveling apology on social media after the incident

‘I have seen the videos that have been circulating about me and I take responsibility for it,’ Perez wrote in a social media post.

‘It was a bad party that I didn’t know how to control at the height of the person that I am, but it was just that, a very bad party.

‘People close to me know my values and the type of person that I am.

‘For those who ask me, we are more united than ever, me and my wife, and for those who just want to hurt us, I wish you the best,’ wrote Perez.

Despite Kumpen’s spirited defence of her son, fans were still ropable at Verstappen’s behaviour.

Both his and his mother’s Instagram pages have been flooded with comments criticising them both, some far too graphic to publish.

‘You are a terrible human. Karma will catch up to you and the rest of your dirt bag family,’ one particularly scathing user wrote. 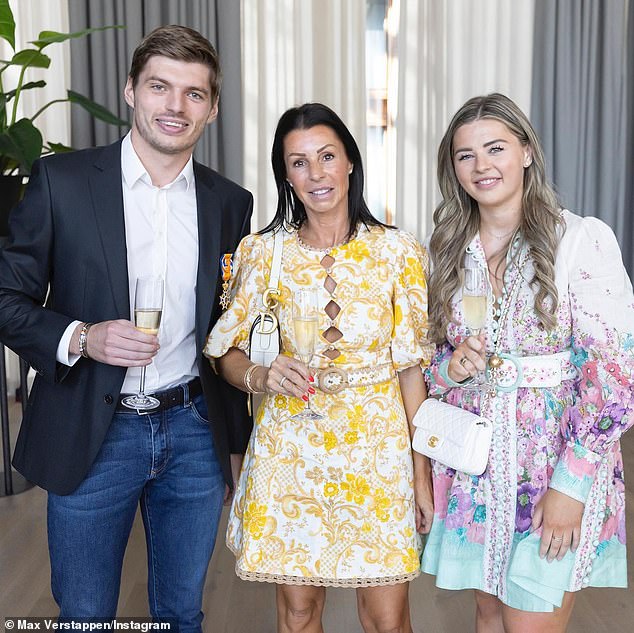 Max Verstappen pictured with his mother Sophie (centre) and sister Victoria. Fans have since flocked to the post, made by Verstappen to wish his mother a happy birthday, to criticise the pair for the original incident and Sophie’s comment on Perez cheating on his wife 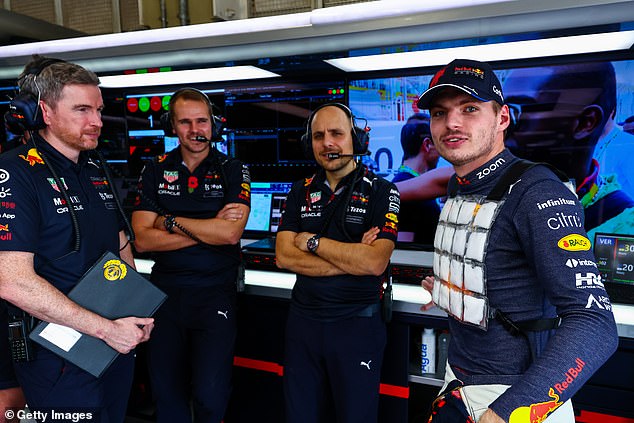 Max Verstappen (right), pictured in the garage with officials prior to the Brazilian GP, defied team orders to allow teammate Sergio Perez to pass, igniting a storm of controversy

‘Bad mothers raise bad children,’ another commented on a post Verstappen made two weeks ago wishing his mother a happy birthday; while another on the same post said: ‘Instead of attacking the privacy of the people your son works with, you should have taught him values such as gratitude, loyalty and teamwork.’

The relationship between the two teammates was already icy at best, but Perez signed a two-year contract extension in May that will see him race for the team until the end of the 2024.

Verstappen and Red Bull, meanwhile, announced a monster $75million-a-year extension until 2028 in March.

The 2022 season comes to a conclusion on Sunday at the iconic Yas Marina circuit in Abu Dhabi, with all eyes sure to be glued to Perez and Leclerc’s battle for second.