Sky Sports F1 pundit Martin Brundle has claimed that Mercedes “will be disappointed” with Lewis Hamilton’s P5 finish at Silverstone qualifying, and that Red Bull’s Max Verstappen will be “scratching his head” after missing out on pole position due to spinning on the rain-affected conditions. Hamilton’s team-mate George Russell finished P8 and Brundle believes it was a disappointing qualifying session for Mercedes.

“Fifth and eighth, I think Mercedes will be a little disappointed with that,” Brundle said during Sky Sports F1’s coverage. “Max will be scratching his head as everything looked like he was going to be pole position.”

Hamilton appeared to be in the mix for pole early on, with Mercedes having found some much-needed pace over the course of the weekend, but was only able to claim fifth position with his quickest lap of the day.

Red Bull star Verstappen lost control of his car at Stowe corner, pirouetting 360 degrees on his first flying lap as he gave up pole position, which was claimed by Ferrari’s Carlos Sainz. The Dutchman had too much speed around the fast left-hander as he lost control of the car. There was still plenty of time to get another lap in, but Verstappen appeared to struggle in the damp conditions, running wide at the Vale corner on the next lap. 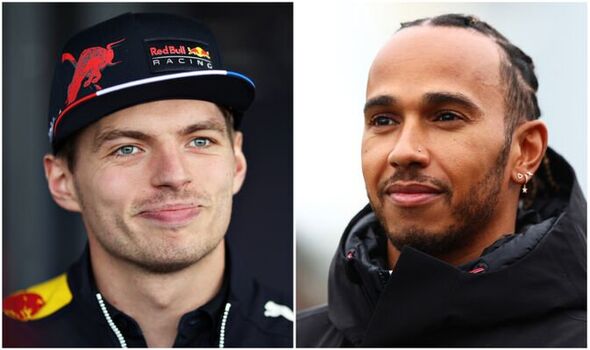 Verstappen was booed by the Silverstone crowd as he conducted his post-race interview. “It was quite a tricky quali with the rain,” the Dutchman explained to Sky Sports. “Also, because it was raining and then dry you had to find pace at the right time, but the car was working well.

“Q3 can be a bit of a lottery sometimes. But still, to be on the front row is very good for us and we have a good race car in the dry and the wet. Success tomorrow is not just about the first lap but the whole race, tyre management and things like that.” 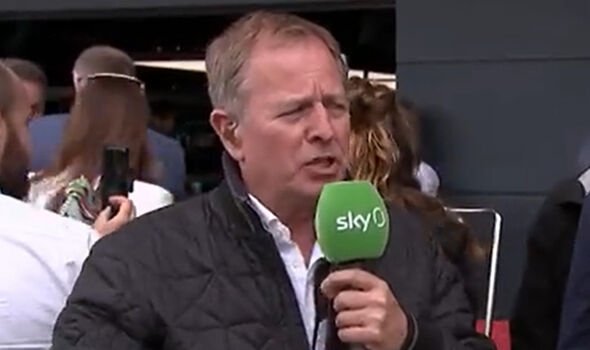 Red Bull chief Christian Horner was satisfied with Verstappen’s P2 finish though despite his spin. “Charles [Leclerc] had what looked like a half-spin, Max lifted for the yellow and I think he gave up about three or four tenths for it,” Horner said. “Congratulation to Carlos, he’s always been demon in the wet.

“When he was a junior for us, he was always very strong in these kind of conditions, so congrats to him and we’re just pleased to be on the front row and with Checo up there on the second row as well.”

Leclerc admitted that he did not deserve pole after his spin. “I am [disappointed] but happy for Carlos, he did a great job today. I spun on that last lap, I knew it was the lap where I had to put everything together and I didn’t as a driver, so I didn’t deserve to be on pole.”