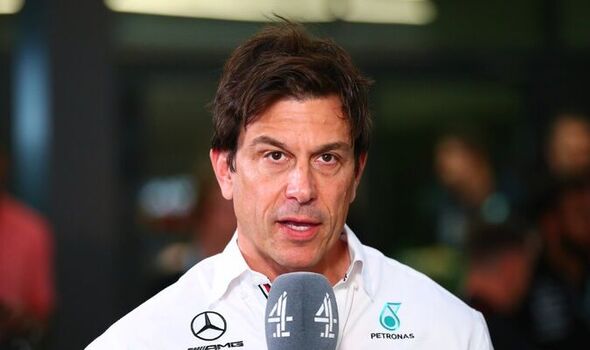 Mercedes team principal Toto Wolff has claimed it wouldn’t ‘make any sense’ to bring in upgrades for next weekend’s Emilia-Romagna Grand Prix because they are yet to solve their outstanding issues. The Silver Arrows recorded a successful showing at the Australian Grand Prix, limiting damage as they suffered ‘porpoising’ at high speeds for a third successive race this season.

Wolff and Co. are yet to perfect the W13 and have been left behind by Ferrari in the constructors’ standings. However, Mercedes currently sit second, despite their early-season frustrations, due to Red Bull’s lack of reliability, causing Max Verstappen to crash out in two of the three races so far.

The 2022 campaign heads to Imola after another upcoming weekend off, and many fans have suggested it’s a good time for Mercedes to upgrade the W13 to keep up with the cars at the front of the grid. However, after Lewis Hamilton and George Russell qualified in P5 and P6 in Melbourne last Saturday, Wolff insisted they needed to unlock the car’s ‘aerodynamic potential’ as a priority.

JUST IN: Burnley sack Sean Dyche after 10 years at the club

He said: “We’re just learning the car, we’re learning the tyres. Nothing we did this weekend has unlocked the aerodynamic potential or has reduced the bouncing, we’re still in the same place. That’s why it doesn’t make any sense to bring updates because you’re confusing yourself even more. Maybe it’s even the fact that the more downforce you bring, the worse the bouncing gets. So we are still learning.”

Wolff also admitted he was unsure when Mercedes would get to the bottom of the issues currently denying them a ninth consecutive Constructors’ Championship. And the Austrian boss labelled this year as one of the ‘more difficult’ of his tenure.

He added: “I’m optimistic that eventually, we’re going to get there, whether that is in two races or five or by the end of the season, I don’t know. But you need to stay humble. My time horizon is not a race weekend or a year. It’s more like 10 years. I want to look back and have a competitive team, and there will be years when it’s more difficult. And this is one.”

After Verstappen’s woes in Bahrain and Australia, Russell unbelievably finds himself in P2 in the drivers’ standings behind dominant leader Charles Leclerc. Hamilton is in P5, behind Carlos Sainz and Sergio Perez, as it looks increasingly unlikely he’ll have to wait yet another year to break Michael Schumacher’s world title record.