Audi announces they are joining Formula 1

Lando Norris has admitted he would “probably be getting kicked out of McLaren” instead of team-mate Daniel Ricciardo if he were the slower of the two drivers. The Brit declared he feels “people can’t accept the truth” in response to McLaren’s decision to ditch Ricciardo while confessing he harbours no “sympathy” for his Australian team-mate.

McLaren confirmed last month that they had reached an agreement to mutually terminate Ricciardo’s contract at the end of the 2023 season and award his seat on the grid to highly-rated Alpine youngster Oscar Piastri next term. The 33-year-old, who was once revered as one of the greatest drivers on the Formula One grid, has seen his stock fall dramatically over the past 18 months while with McLaren.

Ricciardo’s current team-mate Norris offered up a classy tribute to the Aussie following news of his impending departure, but has now provided a more honest assessment on McLaren’s decision. The 22-year-old believes he would have been the one “kicked out” of the team had he not been the faster of the two drivers, but admits “people can’t accept the truth” regarding that view.

The up-and-coming Brit also confessed that while he feels “sympathy” for Ricciardo’s situation, he cannot feel sorry for his team-mate directly due to the “cruel” nature of Formula One as a sport. When probed over McLaren’s decision to replace Ricciardo, Norris told Ziggo Sport Racing: “So if he was beating me, I was probably getting kicked out of McLaren. It is as simple as that. 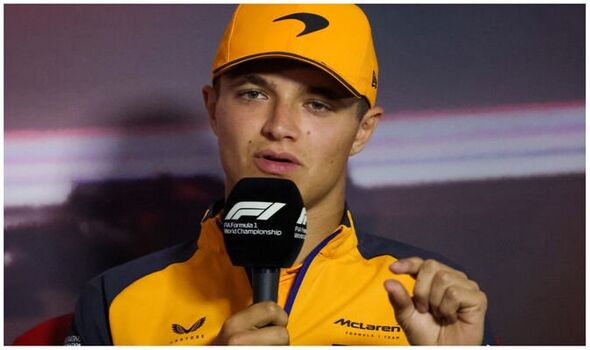 “It is the same on every team. People can’t accept the truth in the world anymore – I don’t know why. People can’t accept it and move on. What I need to be careful saying is I don’t feel sympathy [for Ricciardo] and it’s difficult to feel sorry for someone when it is you against them.

“It is you against every driver. And that driver [your team-mate] is included. But at the same time, I feel sympathy for the position you are in at the end of it. When you are at the end of the season you think ‘what do I do now?’. You have to find another team.

“Of course I have sympathy for this part of it because it is your career, it’s your life. You never want to be in that position and I would feel bad if I was in this position. 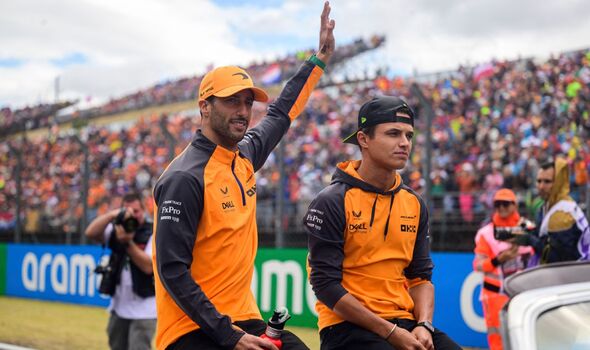 Ricciardo admitted at the Dutch Grand Prix last weekend that he is not “too proud” to accept a reserve driver seat next season. It has been suggested the eight-time race winner could be offered a back-up spot at Red Bull, Ferrari or Mercedes for the 2024 campaign, while Haas and Williams remain his only realistic suitors with regards to a starting spot on the F1 grid.