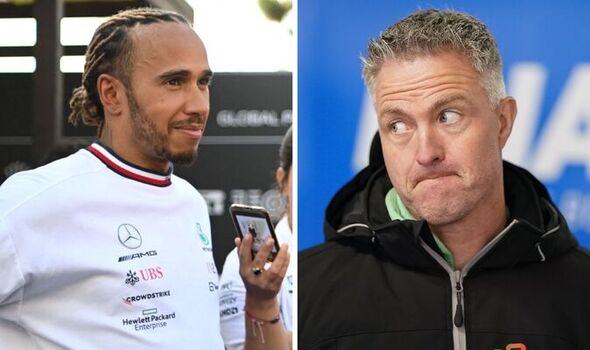 He’s won at least one race in each of his 15 full seasons in F1, but that record appears to be under serious threat this year. Hamilton has only managed to finish on the podium once through the opening eight races with Mercedes nowhere near the pace of Ferrari and Red Bull.

He sits sixth in the Drivers’ Championship, which would also be his worst finish in a season if he remains there. And even more worrying for Hamilton is his record against George Russell with the young Brit enjoying a decent start to life at Mercedes.

The 24-year-old has made the best of a bad situation at Mercedes so far and is the only driver on the grid to finish inside the top five of every race. Russell has also finished ahead of Hamilton in seven consecutive Grands Prix and Schumacher suggests there are two reasons for this.

“Lewis Hamilton is the big loser of the season so far,” he told Sky Germany. “George Russell was new to the team at the start of the season and is usually ahead of the runner-up world champion and is also stronger in qualifying.

“The ‘greatest driver of all time’, as Mercedes team boss Toto Wolff always calls it, is ironed out by a newcomer in a way that is already worrying. I’m amazed, because there are only two options: Either is Russell the new high-flyer, or Hamilton had such a strong car in recent years that has made up for a lot.”

He added: “As for bouncing, you can have those issues, but Russell was in the same car and George looked fresh to me after the race. Lewis should first see that he is faster than his team-mate.

“I’m sorry for Lewis that he has a backache but other teams are tackling the problem as well. I don’t know if Lewis sits more upright in the car and therefore feels the blows to his back more.

“If he were sitting more upright, the load on his lumbar spine would be much higher and would explain his pain.”