Red Bull’s Juri Vips has released a statement addressing his suspension after he used offensive language live on a streaming platform on Tuesday. Vips admits the incident was “unacceptable” and “unreservedly” apologised for his actions.

Vips, 21, appeared to use a racial slur whilst playing Call of Duty with friends on Twitch on Tuesday. The youngster, who is racing for Hitech in Formula Two this season, was suspended by Red Bull on Tuesday.

Vips’ future with the team and career in the sport is uncertain and an investigation will take place. The Estonian issued a statement via his Instagram to apologise for his actions.

“I wish to unreservedly apologise for the offensive language used during a live gaming stream earlier today,” Vips said. “This language is entirely unacceptable and does not promote the value and principles that I hold. 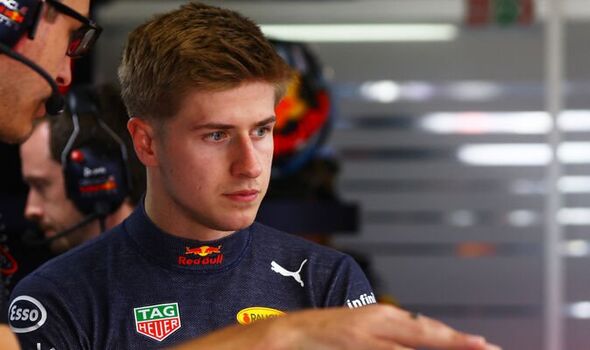 “I deeply regret my actions and this is not the example I wish to set. I will cooperate with the investigation fully,” Red Bull condemned their young driver for the incident, suspending him indefinitely with immediate effect.

“Red Bull Racing has suspended junior driver Juri Vips from all team duties with immediate effect, pending a full investigation into the incident,” a statement read. “As an organisation we condemn abuse of any kind and have a zero-tolerance policy to racist language or behaviour within our organisation.”

Vips is part of Red Bull’s young driver programme and even raced as a test driver for their Formula One team in Barcelona pre-season testing. He joined in 2018, finishing third in Formula Three, and currently sits seventh in the standings in F2 in what is his third consecutive season in the formula.

Alongside this, Vips also worked as a test driver for Alpha Tauri, Red Bull’s sister team. He has yet to win a race for Hitech this season, despite earning three podium finishes for the British-based team. And the incident could well see his season come to an end pending the investigation results.