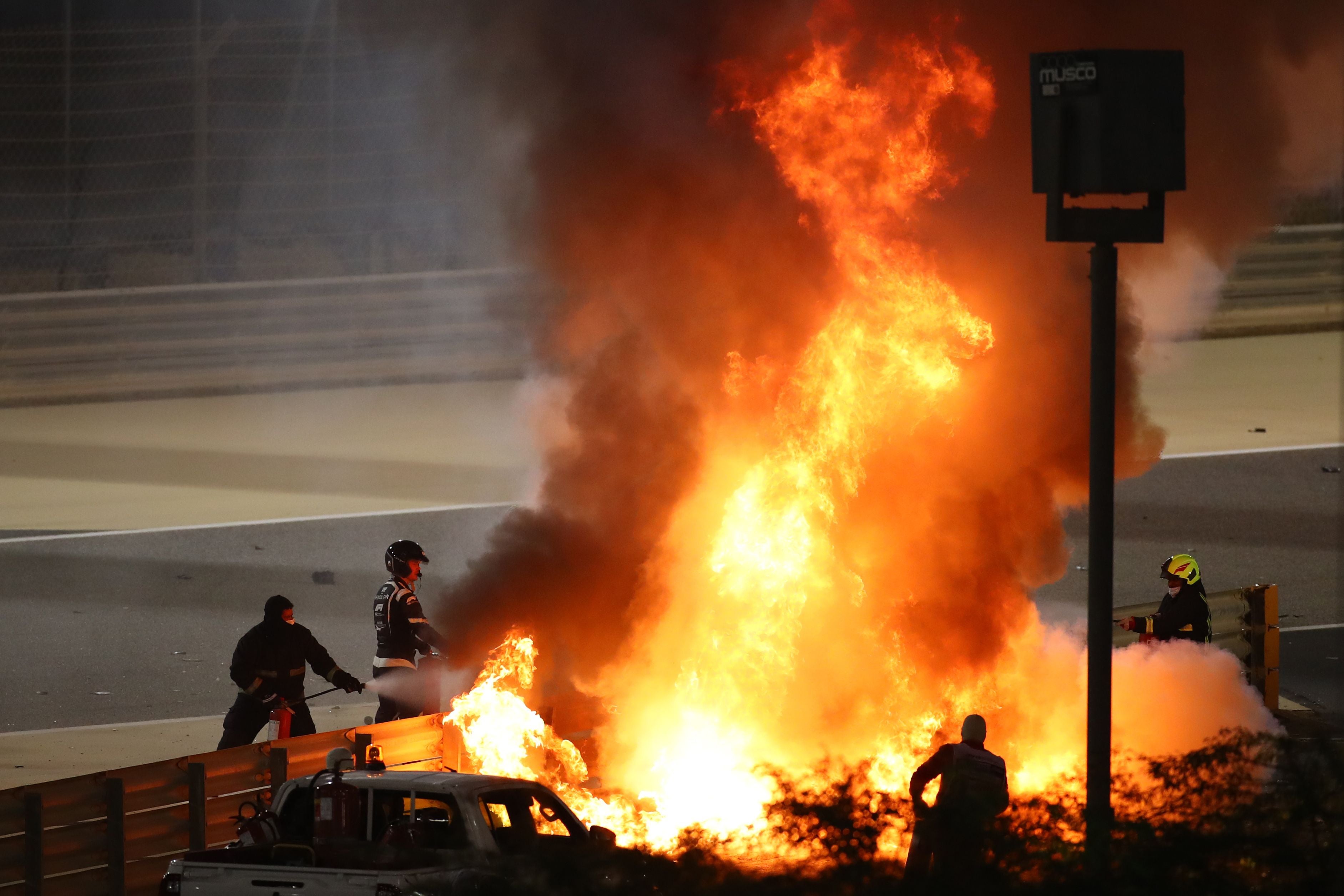 Speaking on Tuesday, Grosjean’s team boss at Haas, Gunther Steiner, said: “The aim is Romain really would like to do the race in Abu Dhabi (on 13 December).

“I told him try to get better and we will speak on Sunday or Monday and see how he feels and if it is doable.

“We will cross that bridge when we come to it. I’m not in a hurry to decide what to do, or what is needed because it depends on his health.

“He is just trying to get better to be in the car in Abu Dhabi. That is his aim, and that shows that he wants to keep on doing it.”

It had been anticipated that Grosjean would be discharged on Tuesday.

But Steiner added: “Romain is staying in hospital for another night. There’s nothing to be preoccupied with.

“The doctors just said it’s a safer environment, mostly because of his burns. But everything is going well and he is in good spirits.

“They are very happy, and it is going just as they expected, so there’s no setback. It is maybe just better for him to stay a night longer to make the healing quicker.”

Grosjean’s car split in two and burst into flames after he pierced through a steel barrier at 137mph following a collision with AlphaTauri’s Daniil Kvyat on the opening lap.

The 34-year-old scrambled to get out of his burning wreckage for almost half a minute before leaping to safety. The force of the crash registered at 53G.

Stepping into Grosjean’s shoes this weekend is Haas’ Brazilian reserve driver Pietro Fittipaldi for his F1 debut. The 24-year-old is the grandson of double world champion Emerson Fittipaldi.

Tags: Grosjean, hoping, retu, Romain, to
You may also like
Latest Posts