Lewis Hamilton called Valtteri Bottas his ‘best team-mate’ because he ‘never beat’ him and was ‘super useful’ to his championship wins, according to Nico Rosberg.

Rosberg knows exactly what it’s like to race as a team-mate to Hamilton at Mercedes having edged out the Briton to the title in 2016 before retiring.

Rosberg and Hamilton came through the ranks together as youngsters but saw their relationship strained in 2016 when both were pushing for the world championship. 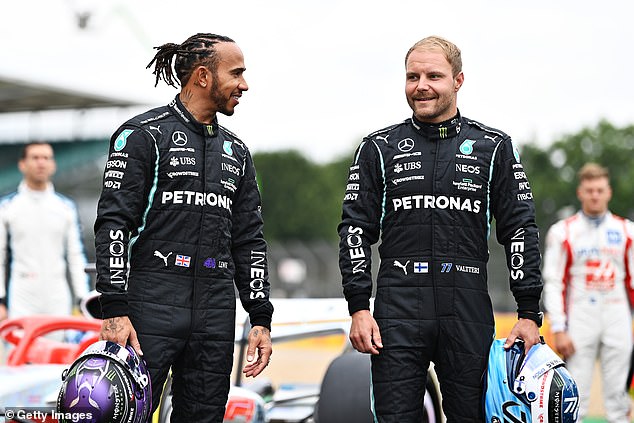 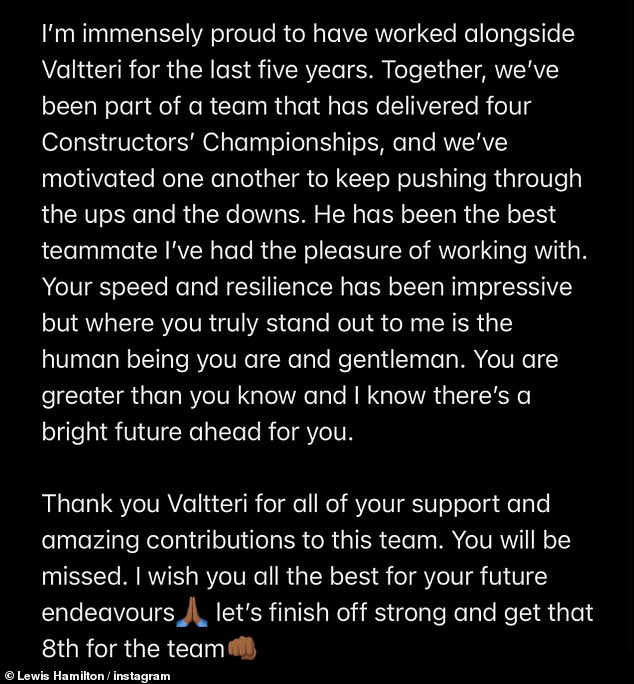 Bottas has never truly found himself pushing Hamilton all the way since he took the seat at Mercedes in 2017.

For Rosberg, the ‘super chill’ relationship between Bottas and Hamilton led to the seven-time champion’s gushing social post following news that Bottas is leaving at the end of the season to join Alfa Romeo Racing.

‘He never beat Lewis and they were super chill. That’s why Lewis says he (Bottas) was his favourite team-mate of all time.’ 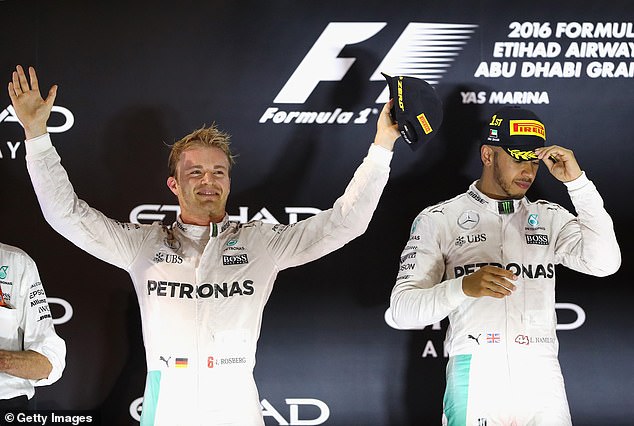 Nico Rosberg (left), who partnered Hamilton (right) for three years at Mercedes, believes the Briton spoke so highly of Bottas because he ‘never beat’ him to titles and was ‘super useful’

Hamilton shared several images of himself with Bottas following the Alfa Romeo Racing announcement with the accompanying caption: ‘I’m immensely proud to have worked alongside Valtteri for the last five years.

‘Together, we’ve been part of a team that has delivered four Constructors’ Championships, and we’ve motivated one another to keep pushing through the ups and the downs.

‘He has been the best team-mate I’ve had the pleasure of working with. Your speed and resilience has been impressive but where you truly stand out to me is the human being you are and gentleman. You are greater than you know and I know there’s a bright future ahead for you.

‘Thank you Valtteri for all your support and amazing contributions to this team. You will be missed. I wish you all the best for your future endeavours. Let’s finish off strong and get that 8th for the team.’ 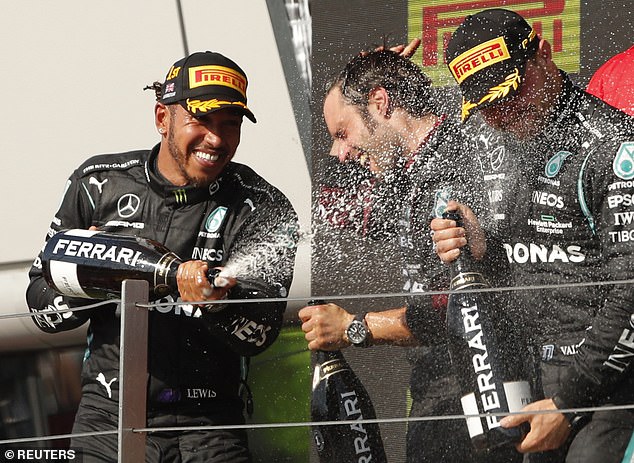 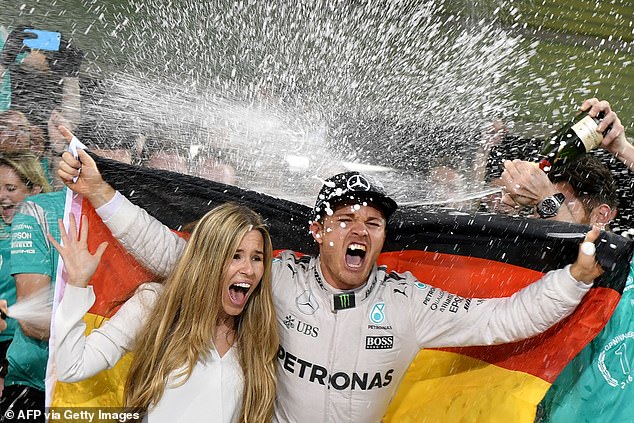 Bottas was promoted from Williams to replace Rosberg in 2017 following the German’s shock decision to retire after winning the title.

The Finn, who is being replaced by 23-year-old George Russell at Mercedes, was Hamilton’s  fifth team-mate in F1.

Rosberg is now a pundit for Sky Sports F1 but his relationship with Hamilton remains fractious following a fierce battle for supremacy at Mercedes.

Hamilton famously said upon news of Rosberg’s retirement: ‘This is the first time he’s won in 18 years, hence why it was not a surprise that he decided to stop.’

Tags: a, at, Hamil, Rosberg, swipe, takes
You may also like
Latest Posts