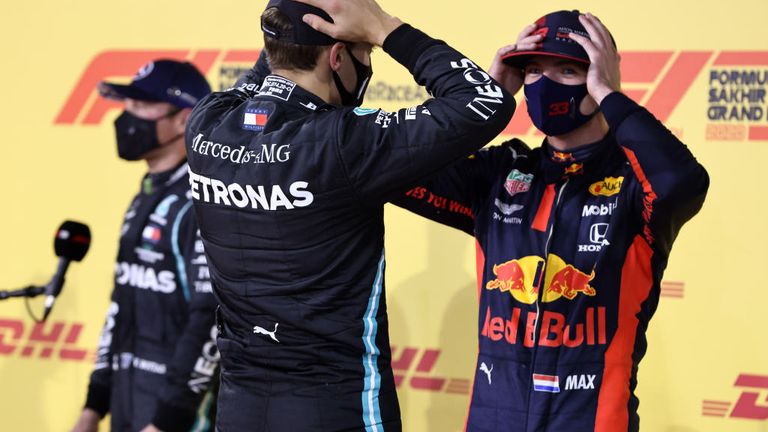 George Russell will start on the front row for the first time in his Formula 1 career in today’s Sakhir GP as the sport takes on 87 laps of Bahrain’s ‘oval’ circuit – with plenty of overtaking expected through a mixed-up field.

Russell, who has been masterful this weekend as Lewis Hamilton’s stand-in at Mercedes, has never started higher than 11th during his 36 Grands Prix with Williams but gets a great chance for his first F1 win – let alone his first F1 points – in today’s race, which starts at 5.10pm live on Sky Sports F1, with build-up from 3.30pm.

On his Mercedes race debut, Russell starts behind team-mate Valtteri Bottas, who edged him to pole by just two hundredths of a second, and ahead of Max Verstappen in the Red Bull.

Verstappen will start on the soft tyre compared to the Silver Arrows on the mediums.

Behind them, Charles Leclerc leads a highly-competitive chasing midfield pack, although is expecting Sergio Perez – who was so cruelly denied a podium last weekend in Bahrain – to be faster with his race pace. 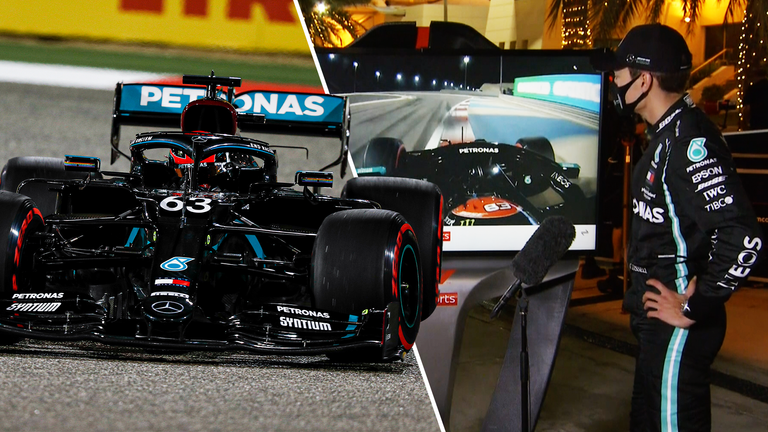 Daniil Kvyat joins Perez on the third row, while there are plenty of other drivers out of position – namely Alex Albon in the Red Bull who qualified only 12th and is battling for his F1 future with two races remaining in 2020.

It is the first-ever F1 race at Bahrain’s ‘Outer’ track, which broke records on Saturday with a 53-second pole lap and should encourage overtaking with plenty of straights.

There are two drivers making their F1 debuts – Jack Aitken at Williams and Pietro Fittipaldi at Haas.