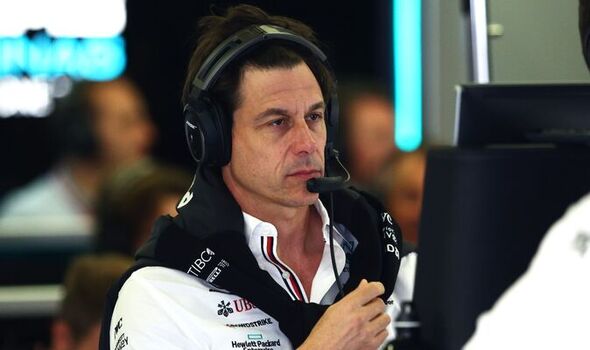 Mercedes pair Lewis Hamilton and George Russell will be hoping the team have spent the summer break upgrading the W13 to the point where they are competitive against Red Bull and Ferrari, but Toto Wolff has admitted they’re still not quite there. Mercedes enjoyed a huge upturn in form in the final few races before the season packed up for a few weeks.

The team secured back-to-back podium finishes in France and Hungary with Hamilton the quickest car on track in the final few laps in the latter race. All signs have been heading towards Mercedes eventually catching Red Bull and Ferrari to challenge for race wins.

They’re yet to stand on the top step of the podium this year in what has been a challenging season for the reigning constructors champions. Both Hamilton and Russell expect to right that wrong in the final nine races of the season with the seven-time world champion confident Mercedes will win at least one race.

However, Wolff has indicated that he doesn’t expect that to come this weekend in Spa. “We headed into the break off the back of a strong run of races and our biggest race weekend points score so far this year, in Hungary,” Wolff said in Mercedes’ press release. 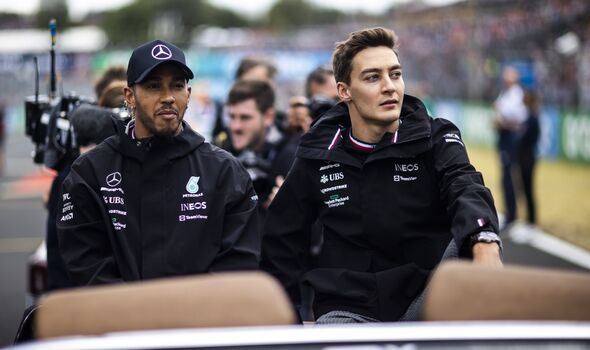 “While we’re still not quite in the fight for victories, we’re getting closer, so we need to keep the momentum going and the pressure on. The shutdown is an important time for the team to take some time off, recharge and spend time with their families, whose support throughout the year is invaluable.

“There are few opportunities to do so during the season and the development race is relentless, so the break has been well deserved for everyone in the team. We’re set for an intense second half of the season, with nine more opportunities to find improvements, make progress and hopefully challenge Red Bull and Ferrari for wins.

“Spa-Francorchamps needs no introduction. A classic track with an old-school feel, the scene of many iconic moments in F1 history and an incredible challenge for both the car and drivers. We’re excited to be back there, hopefully we can put on an awesome show this year for all the fans in Belgium, and we’ll also be celebrating 55 years of Mercedes-AMG too, with some fun activities.”

Max Verstappen holds a commanding lead heading into the final stretch of the F1 season and is yet to be truly challenged on the track by Mercedes. But the Dutchman is hopeful Mercedes will soon join the fight to inadvertently help both Red Bull and himself.

“It’s good that they are competitive because then they can steal more points off Ferrari!” said Verstappen. “So I’m very happy. They’re doing very well.”