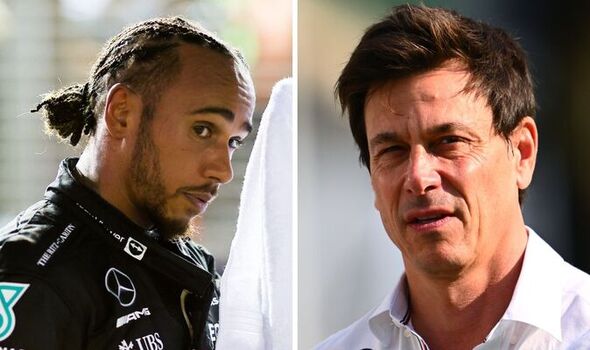 Toto Wolff has detailed his “biggest frustration” from a disappointing Singapore Grand Prix for Mercedes as a whole. The Marina Bay street circuit promised so much for Mercedes after impressing in free practice, particularly Lewis Hamilton’s pace in qualifying.

George Russell’s weekend unravelled on Saturday due to a throttle problem as he missed out on qualifying for Q3. A power unit change saw him start Sunday’s race from the pitlane, effectively ending his chances of picking up big points.

But Hamilton, starting third, would have fancied his chances against Ferrari and Red Bull and kept pace with Carlos Sainz for most of the race. An uncharacteristic error from the seven-time world champion proved costly however towards the end of the race and could only manage eighth.

Meanwhile, Russell took a gamble by going on slick tyres long before any other driver and it failed to pay off as he slipped further behind at the back of the pack. The result has seen Mercedes drop further behind Ferrari in the Constructors’ Championship and Wolff was left licking his wounds after a disappointing end to the Singapore Grand Prix. 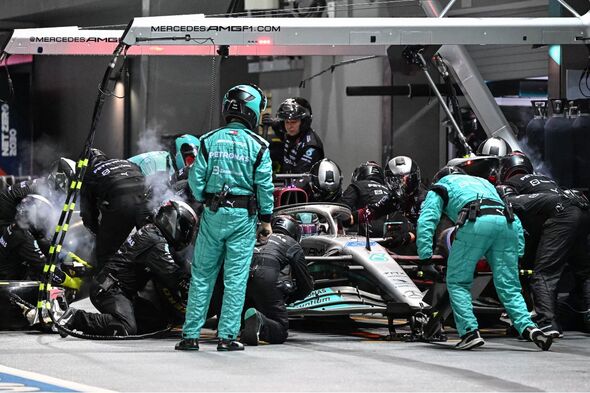 “This season has given us several tough lessons – and today was another one,” Wolff said. “We started from opposite ends of the grid with our two cars, but we couldn’t capitalise on the car’s race pace with either of them, when it came to an end result.

“Lewis was fighting for the podium for much of the race – but also battling a car balance that was on a knife edge today, in difficult conditions and on the bumpy surface. After he locked up and damaged the wing, the stop to change tyres and the nose cost him position – then he lost out even more when cars ahead pitted under Safety Car and jumped ahead.

“That left him stuck in a train of cars on very similar aged tyres, and he couldn’t make up any ground.” He added: “The biggest frustration today is that we couldn’t build on the signs of competitive performance we saw in FP2 and in qualifying.

“Our championship fight for P2 has got significantly more difficult with this result, but the only thing to do is to collect ourselves and throw our energy into the next race in Suzuka to rebuild momentum.” Mercedes are now 66 points behind Ferrari in the Constructors’ Championship with just five races remaining.

That gap was as close as just 30 points following the Dutch Grand Prix a few weeks ago, but Ferrari have picked up good results in recent races. Next up is the Japanese Grand Prix where Mercedes have won the last six times and will hope their good run of form at Suzuka can result in a first win of the season in 2022.