Jos Verstappen has detailed the aftermath of Max Verstappen’s second world title win, which was confirmed on Sunday. The Dutchman won an eventful Japanese Grand Prix to leave Charles Leclerc and Sergio Perez out of reach with five Grands Prix remaining.

Verstappen’s second title was won in less emotional circumstances than his first. Last year, a gripping one-lap shootout saw him snatch victory from the jaws of defeat against Lewis Hamilton, while this year his dominance has been evident for some time.

Having built up a healthy buffer in the Drivers’ Championship, making his second consecutive crown official was an inevitability going into the race weekend in Japan. Actually sealing the deal at Suzuka was not, however, but a race win without the bonus point for fastest lap proved enough as Leclerc was handed a five-second penalty, dropping him down to third.

The Red Bull star’s father, Jos, who had an accomplished F1 career of his own, didn’t attend the race but detailed a snappy conversation with his son in which he reminded him that he’s ‘the best’. 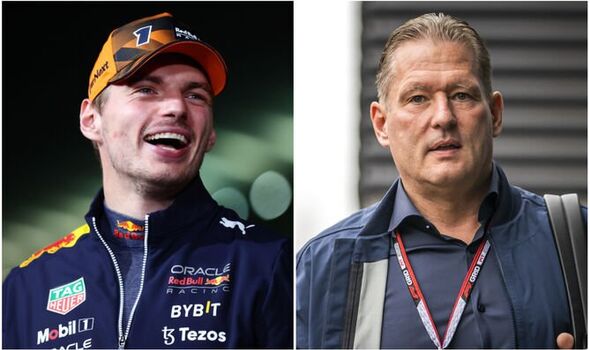 “I was in contact with Red Bull and [Max’s] manager Raymond Vermeulen, but eventually the word came,” he told Viaplay. “Last year there was an incredible emotion, but now we knew it was going to happen – just not when.

“But he drove a very strong race, especially when you remember he pulled out 26 seconds in a race about 40 minutes long. These kind of conditions are Max’s speciality – from an early age he had something extra in the rain. I spoke to him and he called him and I already sent him a text message. I told him he is the best – but I say that almost every weekend.

“In recent years and previous races, I always am there. [But] I do not have to be there [to celebrate], I get just as much at home – although there was some disbelief as we didn’t know exactly what was going on at the finish.”

Verstappen’s 25-point haul wasn’t announced in ordinary circumstances. A rain-soaked Suzuka circuit meant that just over half of the 53 scheduled laps were completed but despite the shortened race distance, the FIA still decided to award full points as confusion eventually led to confirmation of his second world title in as many years. 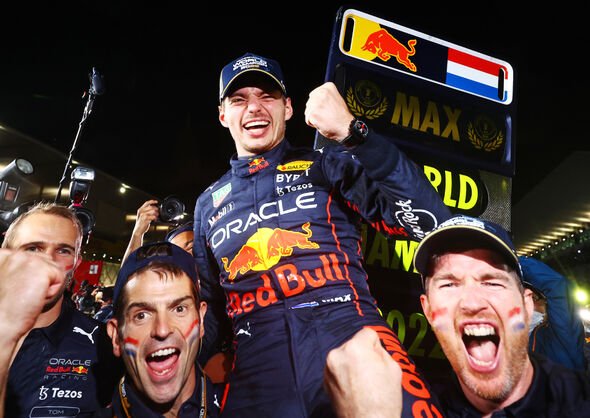 “The first one is a little more emotional, the second one is more beautiful,” Verstappen told Sky Sports. “It’s been a special year, and you need to remind yourself as these kind of years you don’t have very often.

“It’s a pretty crazy feeling, of course, because I didn’t expect it when I crossed the line. Of course, you could see it slowly happening, but it’s incredible at the end of the day that we did win it here. I didn’t know how many points I was going to get.”