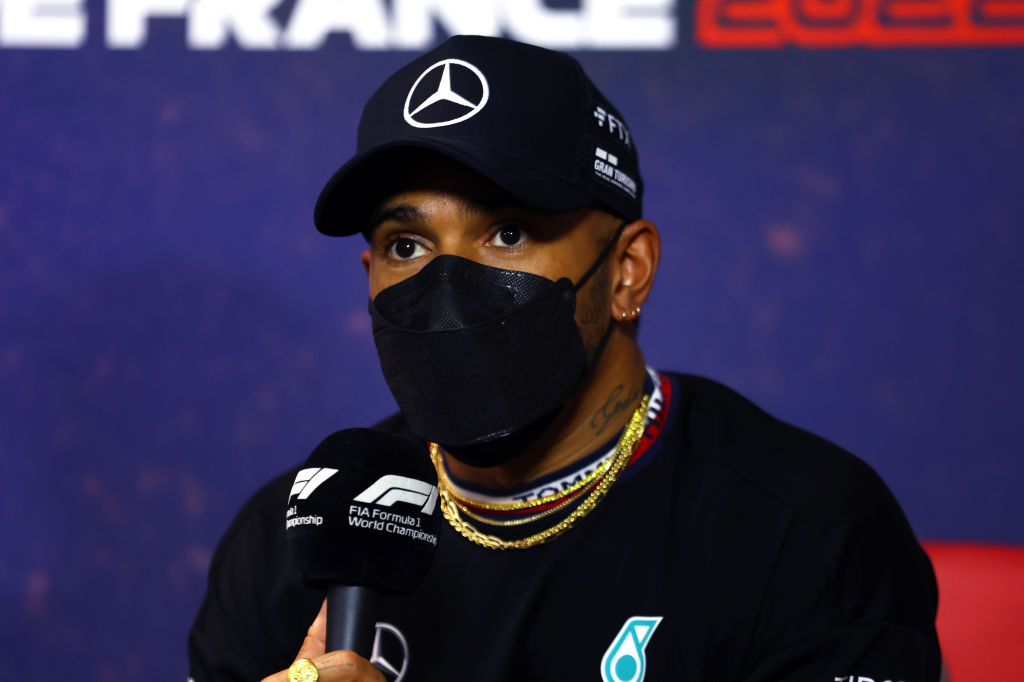 Sir Lewis Hamilton is not taking part in the first practice session for this weekend’s French Grand Prix.

Mercedes announced on Wednesday that the seven-time world champion’s car would be instead driven by their reserve driver Nyck de Vries on Friday morning.

This is all because of a new rule introduced for 2022, but how will this affect Hamilton’s chances of winning Sunday’s race, and who is De Vries?

In a new regulation for this season, every Formula 1 team is mandated to run a rookie driver in two practice sessions across the year, with the intention of giving the next generation of racers more experience and exposure.

Having young drivers take part in practice is nothing new to the sport but this is the first time it has been enforced, meaning that later on in the year George Russell will also give up his Mercedes for another driver.

Is it surprising Mercedes are doing it this weekend?

Yes – this is only the third time so far this season that a team has applied this rule, after Williams ran De Vries and Red Bull ran Juri Vips at the Spanish Grand Prix.

That suggests that most drivers and teams are going to wait until the end of the season to fulfil their mandate, when there might be less at stake.

The more important factor here though, is that Mercedes may actually have a chance of winning in France, given that the recent improvements to the W13 car, plus the smooth layout of the Paul Ricard Circuit, should favour Hamilton and Russell.

Sacrificing practice time for Hamilton may prove costly therefore, but the Brit remains cautiously optimistic about his chances.

‘I really don’t know what to expect this weekend,’ he said in Thursday’s press-conference.

‘We’re constantly making changes to the car. I’m hoping we discover something this weekend that helps us creep forward but in general this has been a decent race for us [in the past].’

Mercedes are yet to win a race in 2022, with Red Bull and Ferrari emerging as the dominant teams after the mass regulations changes for this season.

Who is Nyck de Vries

At 27, De Vries is not what you’d call a young driver, so his appearance in these practice sessions is a little counterproductive, but the Dutchman has been linked with an F1 seat for many years.

Coming through the McLaren young driver programme, De Vries enjoyed a productive junior career and was tipped to take Nico Rosberg’s seat after he retired shortly after winning the F1 title in 2016, but Mercedes opted to sign Valtteri Bottas instead.

He came close to F1 again with Williams after beating Nicholas Latifi to the Formula 2 title in 2019, but in the end the more financial-backed Canadian got the drive.

Since then, he has been Mercedes’ official test and reserve driver, as well as racing for their Formula E team, winning the championship in 2021.

Who are the new kids on the block at rival teams?

The aforementioned Vips was most likely to be the next Red Bull associated driver to advance to F1, but the Estonian was recently dropped from their programme after using a racial slur on a live stream back in June.

As a result, 20-year-old Liam Lawson is currently the most exciting Red Bull junior, with the New Zealander currently 10th in the F2 standings, and tipped to join AlphaTauri, the Red Bull B-team, in the next few years.

Ferrari Driver Academy member Robert Shwartzman has enjoyed a very impressive junior career, winning Formula 3 in 2019, before finishing fourth and second in F2 over the last two seasons and has been linked with the Ferrari-powered Haas team.

Outside of the big three teams, the most exciting rookie on the grid has to be Oscar Piastri, who controversially was not given a race seat by Alpine for 2022 despite dominating F2 last year.

He looks set to be racing in F1 next year but with who is unclear, with Alpine, Williams and McLaren all linked to the 21-year-old Australian.