Lewis Hamilton will not be offered a seat at McLaren in 2022 should he leave Mercedes for a new challenge next year. That’s according to McLaren CEO Zak Brown, who is hoping to build on the team’s third-placed finish in last year’s Constructors’ Championship this season.

When Hamilton burst onto the scene at McLaren in 2007, there was plenty of excitement about the direction the team was heading in.

The British racing superstar agonisingly missed out on winning the world title in his debut season but would go on to make history in his second year in F1.

But that proved to be the peak of McLaren’s success as Red Bull took the sport by storm with Hamilton then leaving to join Mercedes in 2013.

Since Hamilton’s departure, McLaren struggled in the midfield while the Stevenage-born racer enjoyed huge success at Mercedes. 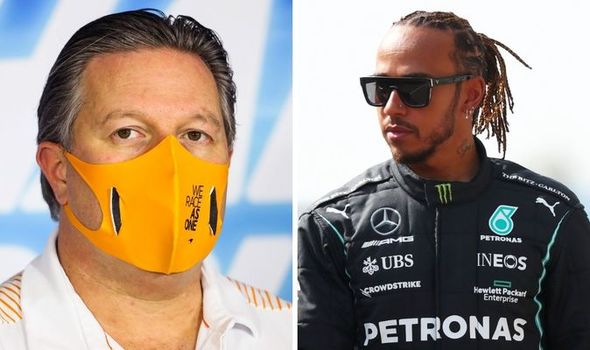 The 36-year-old continued his dominance at the front of the grid last year with his seventh world title.

But there was also some promising signs for McLaren as they finished third in the championship for the first time since 2012.

And there is some optimism at McLaren that they are on track to be challenging at the front of the grid in the near future.

With Hamilton’s contract at Mercedes expiring at the end of the season, there has been some speculation on what his next move would be with all avenues being looked at.

But McLaren have both Lando Norris and Daniel Ricciardo tied down to contracts for the 2022 season and Brown isn’t interested in dropping either one for Hamilton.

“Where we are today, no, because we are really happy with Daniel and Lando and have them under long-term contracts,” Brown told the Daily Mail.

“If I had an opening, would I put Lewis in the car? Of course, but we are trying to build for the future, hence this kind of youth-and-experience combination. 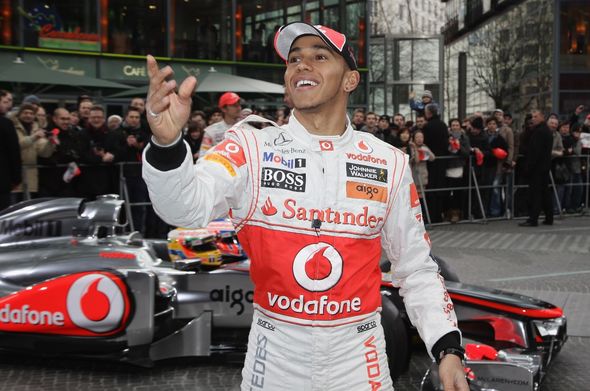 “You feel if you brought Lewis back now it would be for a one or two-year journey and we know we are not ready to compete for championships, so we need to set up a driver line-up that gets us to that position and that when we reach it they are ready. Daniel is ready now, of course. I don’t think the timing is right for Lewis.”

McLaren enjoyed a good pre-season testing session with both Norris and Ricciardo impressing.

And it was in Bahrain last year where the team enjoyed one of their best races of the season with Norris and Carlos Sainz finishing fourth and fifth respectively.

But the battle in the midfield is expected to be tight again this season with Aston Martin, Ferrari, Renault and Alpha Tauri all expected to be in contention.