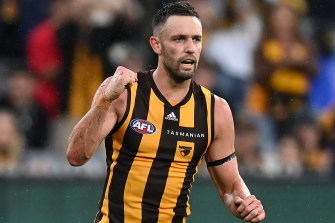 Nick Larkey (heel) is a late withdrawal and has been replaced in North’s selected side by Aaron Hall.

The starting subs in Hobart are Charlie Lazzaro (North) and Tom Phillips (Hawthorn). 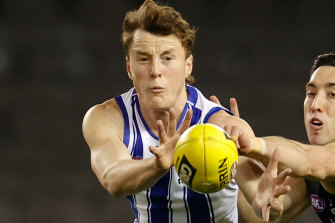 The medical substitutes at the SCG are Sam Wicks (Sydney) and Brayden Cook (Adelaide). 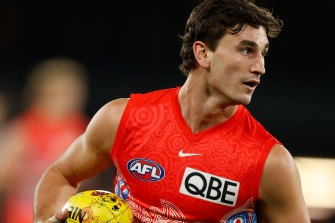 What a difference a week makes.

After suffering 14 losses in a row, and parting ways with their coach David Noble, North Melbourne head into their clash with Hawthorn with their confidence restored after upsetting Richmond by four points last week.

They are now aiming for back-to-back wins for the first time since Round 2, 2020, and all of a sudden they’re a chance to avoid the wooden spoon.

These two teams haven’t been able to be split in the last five seasons, with their six encounters in that time shared evenly 3-3.

Blundstone Arena was once such a happy hunting ground for the Kangaroos, who won 16 of their first 22 games there.

But it’s been slim pickings since 2019, with just one win from their last eight games at the venue.

Hawthorn are gunning for three wins in a row, and are no strangers to Tasmania, having played 72 matches in Launceston, but this is just their second game in Hobart.

The last time they played in the Tassie capital, they beat Fitzroy by 157 points at North Hobart Oval in 1991. 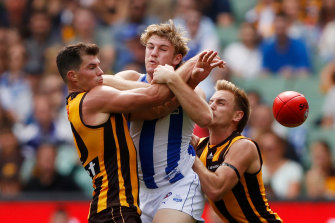 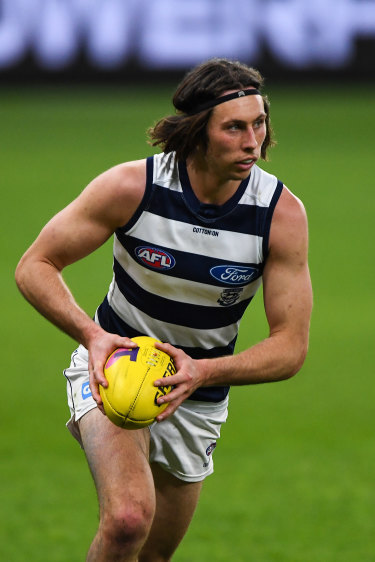 Hello everyone and welcome to our rolling AFL Saturday mega blog for Round 19.

Kicking things off is a match between the rejuvenated North Melbourne and in-form Hawthorn at Blundstone Arena, while Sydney hosts Adelaide at the SCG.

And later tonight, we have our second grand final rematch of the year as the Western Bulldogs face Melbourne at Marvel Stadium.

While that’s going on, Q-Clash 23 between the Brisbane Lions and Gold Coast will be taking place at the Gabba.

It promises to be another monster day/night of footy action, so sit back, relax and enjoy the next 10 hours as we bring you all the key moments. 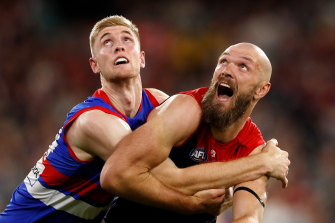 Max Gawn and Tim English compete for the ball.Credit:Getty Images