Poll: Who will get it done tonight?

‘He is a star of the competition’: Ratten bracing for Greene comeback

The quality of Toby Greene’s disposals, rather than the quantity, will pose the biggest threat to St Kilda in Canberra on Friday night, according to Saints coach Brett Ratten.

Greater Western Sydney’s superstar co-captain will make his long-awaited return to senior footy at Manuka Oval after serving his six-game suspension for making contact with umpire Matt Stevic in last year’s elimination final against the Swans. 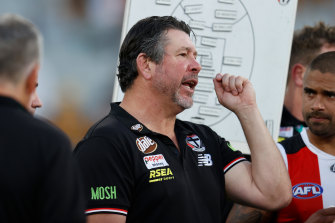 Ratten said Greene would be a key part of the Saints’ planning and that he wasn’t preparing for anything less than the champion small forward’s very best as the Giants seek to keep their season alive after winning just one of their first five games.

“I suppose the big thing is he’s been out for six weeks and he would’ve done work back at home and done a fair bit,” Ratten said.

Opinion: Toby or not to be: Giants must wean themselves off their Greene reliance

If you believe some of the commentary about Toby Greene ahead of his return, he’s single-handedly cost GWS victory in every match they’ve lost since his suspension.

The Giants are 1-4 and after 10 years at the helm, there are also fresh question marks about Leon Cameron and his future as coach. Apparently, that’s Toby’s fault as well. 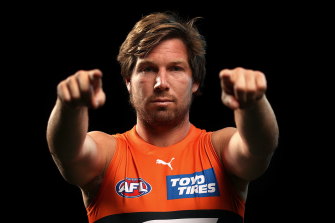 Yes, he did the wrong thing when he brushed shoulders with umpire Matt Stevic last year. Toby has admitted as much this week. In his own words, Greene says he “let the boys down”.

But if Greene really is the reason the Giants are in one giant hole, then their plight is even worse than it looks.

G’day everyone and welcome to our AFL live blog for tonight’s clash between GWS Giants and St Kilda in Canberra.

I’m Roy Ward and I’ll be leading the line tonight as we cover all the major moments and the post-game reaction.

Please feel free to leave a comment on the blog and enjoy the evening to come.