The AFL is seriously considering removing the pre-finals bye in a move which would provide the league greater flexibility to deal with the challenges of a COVID-19-plagued nation.

Despite the end of the home and away season being less than a fortnight away, AFL chief Gillon McLachlan confirmed on Thursday that the league could pull the bye – introduced as an integrity measure six years ago – to keep the season rolling. 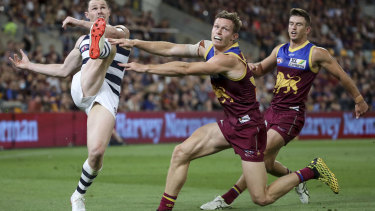 “We have raised with our clubs where does the bye between the home and away [season] and finals sit … in an environment where we have, I think, got a great deal of mileage and kept the momentum going by keeping them playing,” McLachlan said.

“Is there upside in having the week off, knowing we don’t know what we’ll end up with two weeks later and keep going? [There’s] obviously related issues, what does it mean for the grand final?

“We’re resolving that, we’re waiting to see how Victoria plays out, we’re contingency planning but I don’t have a line of sight on where and how week one of the finals looks.

“At the moment we’re debating whether we have the bye or not, that’s as candid as I can be.”

Whether the MCG can host the grand final – as per the league’s contract with the Victorian government – hangs in the balance, with Victoria’s coronavirus situation set to shape what transpires.

Melbourne coach Simon Goodwin said on Thursday that his ladder-leading side would be prepared, regardless of whether the bye was retained.

“We’ll do whatever it takes to get this season away, and we’ll be ready, and that’s the best approach that we’ll take,” Goodwin said. 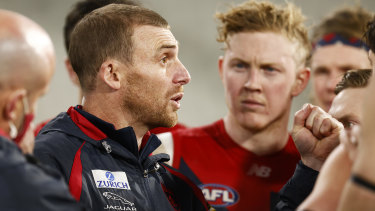 “Our players have done an enormous amount of work, they’re match-hardened, they’re ready and they’ll do whatever the game needs to put on the best spectacle for the AFL, wherever that may be.

“So we’re looking forward to that opportunity, we can’t wait and if it means there’s no pre-finals bye, that won’t impact us one bit.”

Meanwhile, McLachlan said the AFL would on Friday release former AFL commissioner Colin Carter’s report into the viability of a standalone Tasmanian AFL side.

But McLachlan warned the public not to expect a clear decision on if or when a Tassie side would be introduced.

“That won’t be any decisions, it will be a commitment that we’ll put out the Carter report tomorrow with some covering information for us. Please don’t expect a decision, it’ll be giving you the information.”

Tags: AFL, B, could, goodbye, say, THE, to
You may also like
Latest Posts