Bath 20-40 Gloucester: Hosts slump to 10th defeat out of 10 as George Skivington’s side bag half a dozen to leave their West Country rivals rooted to the bottom of the Premiership

All change off the field, the same sorry story on it for Bath.

Time will tell if new head coach Johann van Graan can transform Bath’s fortunes when he arrives in the summer, or if former Saracens CEO Ed Griffiths can rattle the cage enough to make a difference when he succeeds owner Bruce Craig as chairman on New Year’s Day.

In the meantime, the recent arrival of defence coach Brent Janse van Rensburg could do little to halt the club’s worst start to a season and stem the tide of tries being leaked.

Gloucester had no trouble scoring half a dozen here to leave their West Country rivals 11 points adrift at the bottom of the Gallagher Premiership with 10 defeats out of 10. 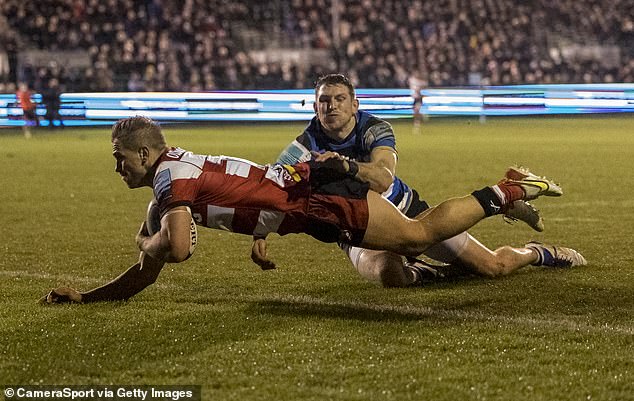 Bath director of rugby Stuart Hooper said: ‘Whenever change is announced, there’s always going to be uncertainty. The players do understand the roadmap and everybody understands they have to pitch up and do their job. Today, we were off it.’

In contrast, Gloucester have become a hardened outfit under George Skivington, balancing gnarly forward power and impressive set-piece with a pacy, creative backline.

On Boxing Day, they mainly used the rolling maul to batter Bath. That resulted in a first-half penalty try and sin-binning of Bath’s Lewis Boyce, scores from Jack Singleton and Fraser Balmain, and they milked numerous other penalties. 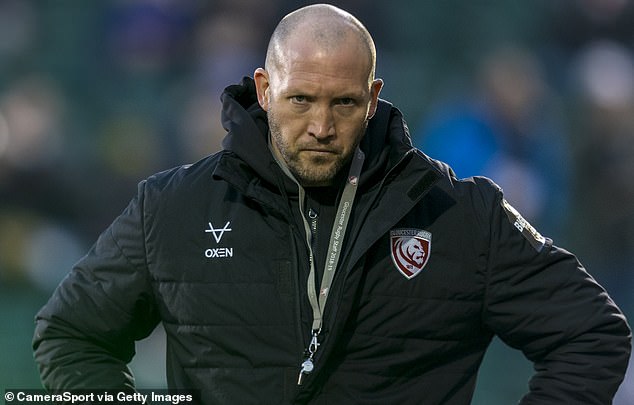 Ruan Ackermann was a menace with his carrying and back-row partner Jordy Reid took advantage of Bath’s fragile ruck play to snaffle ball and force more infringements. Chris Harris finished off a counter-attack when Bath were down to 13 men in the first half and was on hand again to pick up Louis Rees-Zammit’s chip for his second try.

Gloucester’s final converted score came from replacement full back Kyle Moyle and cemented their place in the top four.

‘We’ve spent 18 months working on the scrum and the maul and I think we’re starting to get the dividends,’ said Skivington, who played down any play-off talk. ‘Honestly, we go game by game. If we end up competing for something at the end of the season, then happy days.’