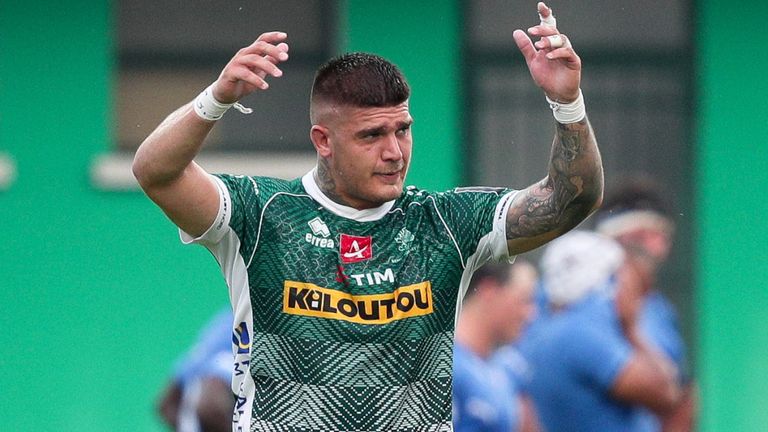 Benetton capped a remarkable Guinness PRO14 Rainbow Cup campaign by upsetting the odds to thump the Bulls 35-8 in the final.

Having failed to win a single match during the regular PRO14 season, the Italian club end 2020-21 as Rainbow Cup champions after stunning the winners of the South African section of the tournament in front of 1,250 fans in Treviso.

Madosh Tambwe went over to cancel out Monty Ioane’s early score, but Corniel Els then punished a Bulls mistake and played a leading role in the penalty try that sent Benetton in with a 20-8 lead at the break. 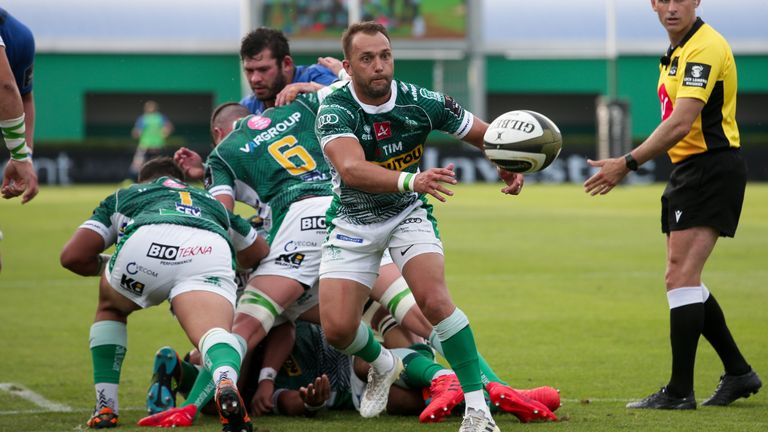 Stravino Jacobs was sin-binned for his part in the penalty try and Michele Lamaro touched down early in the second half, before Edoardo Padovani added his own name to the scoresheet.

The Bulls had nothing in response and the result will serve as a boost to the existing PRO14 sides ahead of the launch of the United Rugby Championship next season, when the Bulls – along with the Stormers, Sharks and Lions – join the rebranded competition full-time.

Benetton landed the first blow after five minutes when they put the Bulls defence under pressure before spreading the ball wide for Ioane to dive over in the corner.

Paolo Garbisi was unable to add the extras and was off target again with his first penalty attempt from the tee, but Benetton continued to look bright as the Bulls struggled to find their feet on European soil. The fly-half gratefully opened his account from in front of the posts midway through the half.

Marcell Coetzee uncharacteristically spilled the ball forwards as the Bulls started to enjoy some possession in Benetton territory and Garbisi forced Marco Jansen van Vuren into touch with a try-saving tackle that made up for his earlier missed kicks. 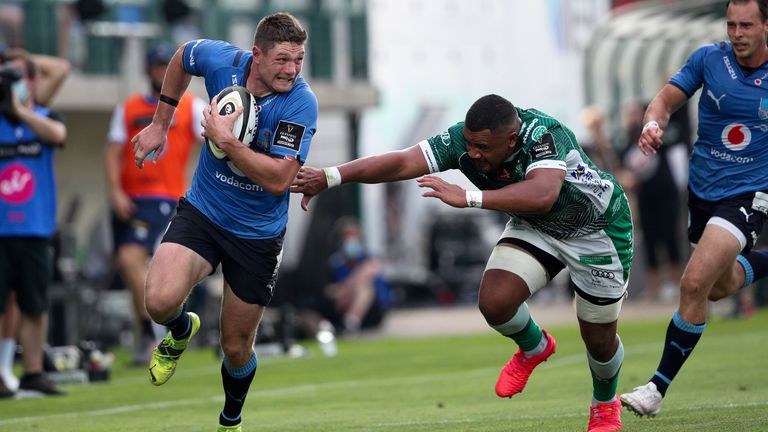 The Bulls, playing without their four Springboks, did get over after 26 minutes when, with hooker Johan Grobbelaar having been stopped just short, Tambwe picked up the ball and dived for the line. Chris Smith missed the conversion but kicked the Bulls level from distance soon after.

The visitors looked to be settling until Els – the former Bulls hooker – helped put daylight between the sides before half-time.

Els punished a line-out error to pounce on the ball and regain the lead before being on the receiving end of a seatbelt tackle from Jacobs that resulted in a yellow card and a penalty try that put Benetton 20-8 up.

The hosts did not relent after the interval, as a Garbisi kick to the left wing found Ioane, who offloaded to Lamaro to go over.

Garbisi’s conversion and a subsequent penalty made it 30-8 and, although he was later unable to split the posts after providing the assist for Padovani to crash over just short of the hour mark, Benetton held on for an unexpected and famous victory, with the Bulls seeing two late tries disallowed.