The All-Australian led the count by a comfortable 21 votes, finishing with a total of 174. Callum Wilkie followed with 153 votes, while skipper and two-time best and fairest winner Jack Steele came in third with 124. 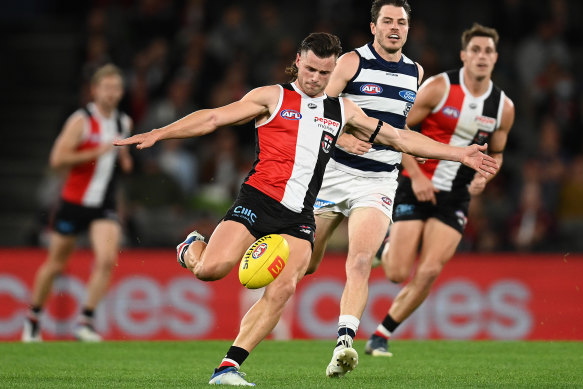 Sinclair was ahead in the count from start to finish and ended the night as the only player to poll in every match of the season.

The 27-year-old’s impressive 2022 campaign, his second as a half-back, saw him average 28 disposals at just under 80 per cent efficiency, six marks, and five rebound-50s, making him one of the club’s most influential players. 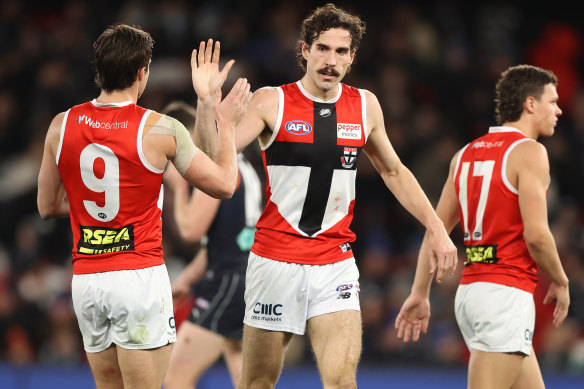 Saint’s rising star Max King had a career-best finish in the 2022 season.Credit:Getty

St Kilda’s two-time leading goal-kicker ended his season with a career best of 52 majors and was selected in the AFL Players’ Association 22 under-22 side for a third consecutive year.