Bristol 38-51 Clermont Auvergne: Bears given a cold-blooded welcome back to Champions Cup in 12-try showdown at Ashton Gate… as hat-trick hero Kotaro Matsushima steals the show

This was the CPR that rugby needed to bring the sport back to life. For a moment, as the Japanese journalists stalked the touchline to speak to the hat-trick hero, Kotaro Matsushima, it was like we had been transported back to the joy of the World Cup.

So much for the sport being stuck in a cyclical defensive rut, as Eddie Jones likes to point out. This was a masterclass in attacking rugby.

A shot in the arm to speed up the transition from the drudgery of the autumn internationals. 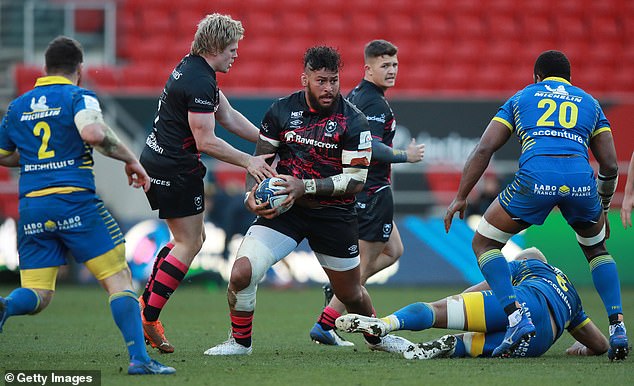 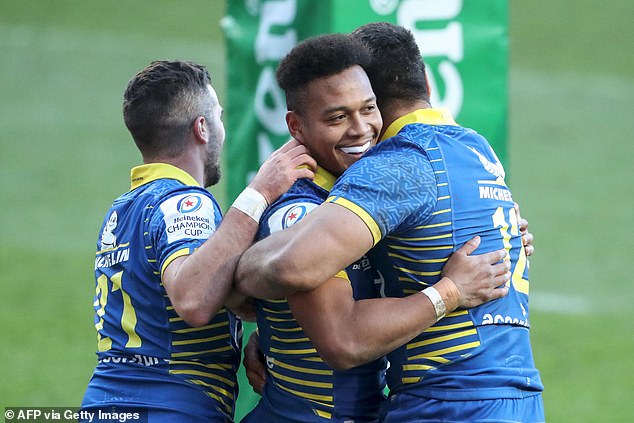 Matsushima scored three of the 12 tries on a showpiece afternoon at Ashton Gate. Together, both Clermont and Bristol clocked more tries than England managed in their entire Nations Cup campaign. At times, it was like watching a different ball game.

‘I think it’s a mindset. We’ve got a great pitch, the weather was good, and the attitude from both teams was good. I always want my teams to have no fear.

‘If it is on, go. We were running it because it was on. We’ve worked hard to be here and it was great to be playing this sort of rugby against this sort of team.’ 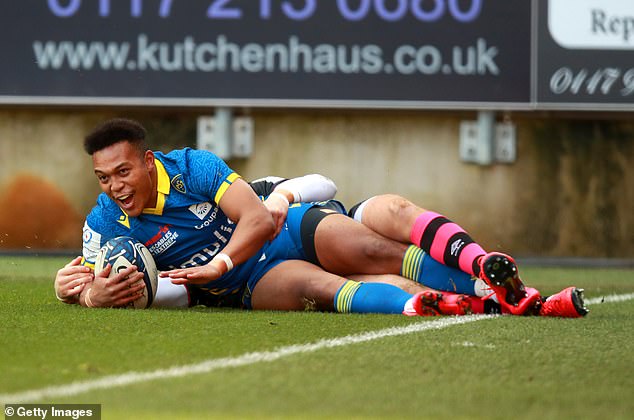 Making their first Champions Cup appearance for 12 years, Bristol were given a cold-blooded welcome back to the big time.

Within 16 minutes, Clermont had scored three tries as they smashed over the gainline, found space in the wide channels and showed deft-of-hand around the edges.

Bristol were dumbstruck. Henry Purdy clumsily carried the ball into touch in the opening play. Apisai Naqalevu and George Moala launched hay-making carries in midfield, revelling in the absence of Semi Radradra. Clermont found space all over the field. 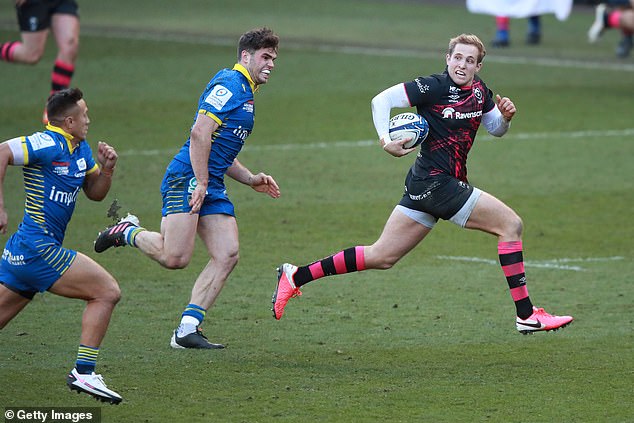 Shining in open play, full-back Max Malins was at the heart of Bristol’s attack

Timing his run to perfection, Damien Penaud set up Matsushima to score first down the left. Moments later, Naqalevu scored an interception through the middle, before Penaud added the third off a first-phase strike move down the right.

‘You are asking for trouble when you give away 21 points in 16 minutes to a fully-loaded team like that,’ said Lam.

‘We had six turnovers in the first 10 minutes. This competition is a massive step up for us and we made some poor mistakes early on.

‘I found Moala at schoolboy rugby when I was coaching Auckland. He’s looking great and playing well. There’s a lot of dangermen at this level but you can’t give them time and space — and we gave them time and space through silly things. We’ll learn from it. When you play a team like this they’ll bite you and we got bit.’

Shining in open play, full-back Max Malins was at the heart of Bristol’s attack. He pounced to score in midfield after a slip by Alivereti Raka, before Bryan Byrne drove over from a lineout. 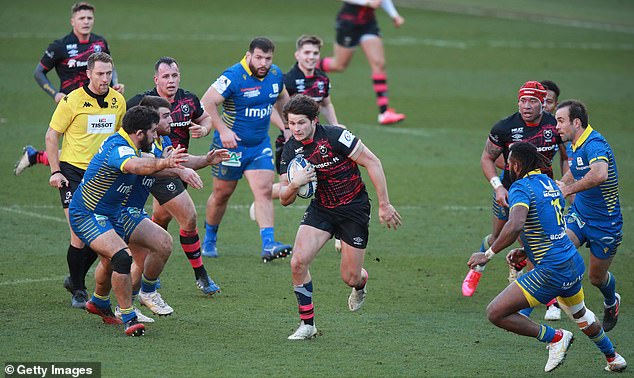 Camille Lopez and Callum Sheedy exchanged penalties as Bristol refused to fold. At half-time, Lam encouraged his players to have a go. Harry Randall scored the first try of the second half — another long-range effort after Matsushima was bounced off by Purdy — to narrow the deficit. But again, the French turned on the style in attack. Morgan Parra took out six Bristol defenders with one pass to set up Penaud.

Fritz Lee was next to power over following a break down the blindside, before Matsushima took Clermont over the 50-point mark with his 69th-minute hat-trick try.

Bristol could have thrown in the towel on their European campaign, but they pushed for a potentially crucial bonus point in the dying minutes. Thy secured it through Ioan Lloyd following a quick tap penalty from Malins, before the full-back set up Siale Piutau for another in a final flurry.

Tags: 38-51, Bears, Bristol, Clermont:
You may also like
Latest Posts